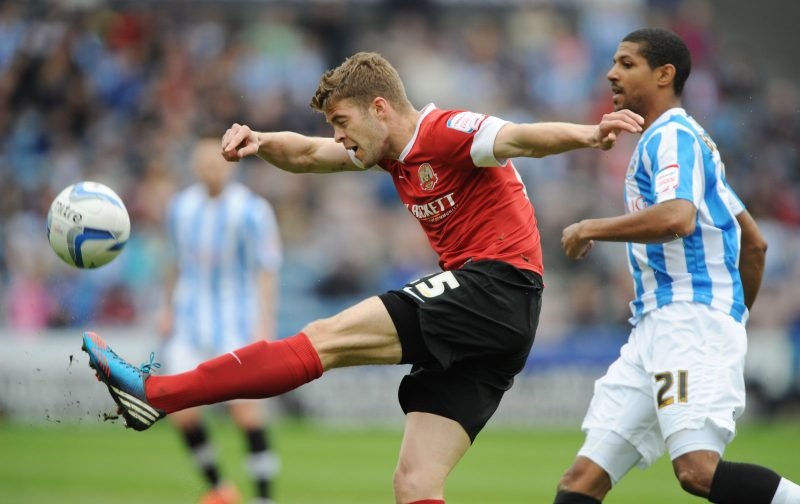 Steps are being taken to ensure that the Hatters squad who are about to embark on what will be a hugely competitive season, in the Championship, are able to more than hold their own.

Following back-to-back promotion, it was inevitable that there would be changes made to the Hatters squad.

Already this summer, the club has announced hatters-secure-first-summer-signing, the signing of Callum McManaman, somebody we hope can bring something extra to the squad.

Sadly, we’ve also had to wave goodbye to hatters-favourite-leaves-luton-for-a-bigger-stage,  James Justin who has opted to pursue his career in the top flight of English football with Leicester City.

Another possible move that generated speculation, earlier this month, hatters-interested-in-acquiring-league-one-defender, which would see Marc Bola join the Hatters, from Blackpool, appears to have stalled.

However, yesterday, it has been confirmed, by the BBC, that the Hatters have added to their ranks signing Martin Cranie, from Sheffield United.

Cranie, 32-years-of-age, has previously played for Barnsley and Coventry City and has amassed 360 league games in a long career.

Last season, as Sheffield United stormed to promotion back to the top-flight of English football, Cranie made 16 appearances for the club.

According to our referenced source, the Hatters have been looking to sign Cranie for a while with our source carrying the following quotes attributed to the player:

“I’ve spoken to the manager a few times over the summer and I’m glad we finally got it over the line.”

Whereas the gaffer is reported as having remarked:

“He started life as a midfield player, but he’s played anywhere across the back four or a back five, so he’s vastly experienced and very healthy professional to sign on a free transfer.”

Cranie, in our opinion, will bring some much-needed Championship experience to a squad that, considering it will be their first in the second tier of English football, requires.

Signing the defender on a free transfer is an added bonus and here at Vital Luton Town we’d like to take this opportunity to welcome Martin to Kenilworth Road and we hope the experience is a fruitful one for all concerned.