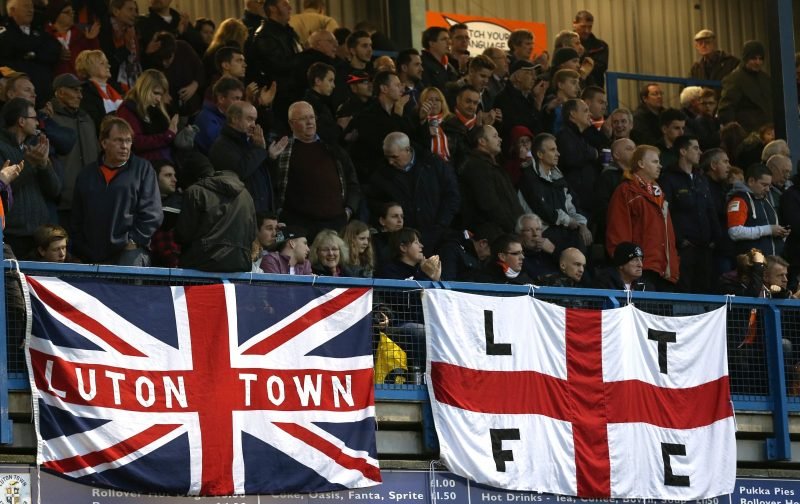 With the new season still some way off, and with a World Cup tournament to enjoy, the Hatters have already released details of who they will be playing during pre-season.

Although Luton will be playing in League One after getting promoted, the pre-season schedule has a familiar look to it.

If the Hatters faithful were hoping for a European jaunt, they’re going to be badly disappointed.

Indeed, the pre-season fixtures barely take us out of our resident county.

Only three games see the Hatters leave leafy Bedfordshire, all against non-league opposition.

Starting on the 6th July, the Hatters are away on familiar territory when they visit Hitchin Town, we’re expecting several hundred Hatters supporters will make the short journey down the A505 to sample a few beers and enjoy a game of football.

Continuing on 17th July, the Hatters venture into Oxfordshire, to take on Oxford City, although with the game being on a Tuesday night, the away support numbers might be somewhat reduced.

Four days later, on Saturday 21st July, Luton are at Clarence Park, taking on St Albans City. With the ground almost next to the train station, it’s an ideal opportunity to sample a few of the beers on sale in the excellent public houses of St Albans before watching the game.

On Wednesday 25th July, the Hatters welcome to Kenilworth Road, Norwich City. The Championship side will provide the Hatters with their sternest test of the pre-season. However, I can’t help feeling a trip to Carrow Road, followed by a few nights in Great Yarmouth would have been the option preferred by the Hatters support.

Saturday 31st July sees Hatters welcome Notts County to Kenilworth Road, another pretty decent encounter between the two sides could be on the cards.

The Hatters wrap up their pre-season schedule with a trip to Bedford, to take on Bedford Town, although it’s a Tuesday evening fixture, there should be a good Hatters following cheering on the lads.

It may not be the Bernabeu or the Nou Camp this summer, but who knows where the success trail will take us in the next couple of seasons.