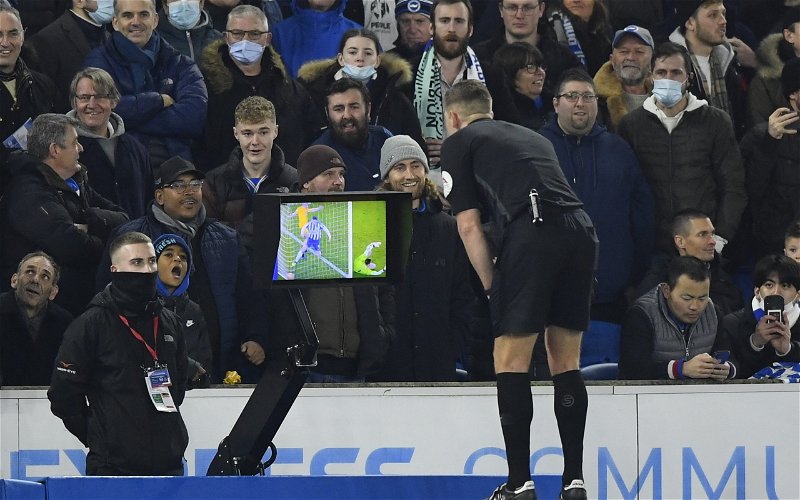 On Thursday, following some dubious refereeing decisions I witnessed on TV, I used our poll facility to ask a very pertinent question.

I wanted to know:

I left just the two options for you to choose from – YES and NO!

I didn’t want anyone sitting on the fence on this one.

Now I don’t have a solution as to how to bring standards back to where they should be.

VAR, in my opinion, has only befuddled the issue, in what other sport do you wait up to four minutes for the adjudicator to declare a decision?

I used to believe that former professional players would make the transition to officiating but it doesn’t seem to happen, perhaps they’re reticent to do so after seeing the stick officials get and, anyway, why would they be interested in earning what is a pittance compared to the salaries they earned playing the game.

All we can hope, in the short term, is that we don’t get any dubious or confrontational decisions in our game against Bournemouth this afternoon, is that too much to ask for?