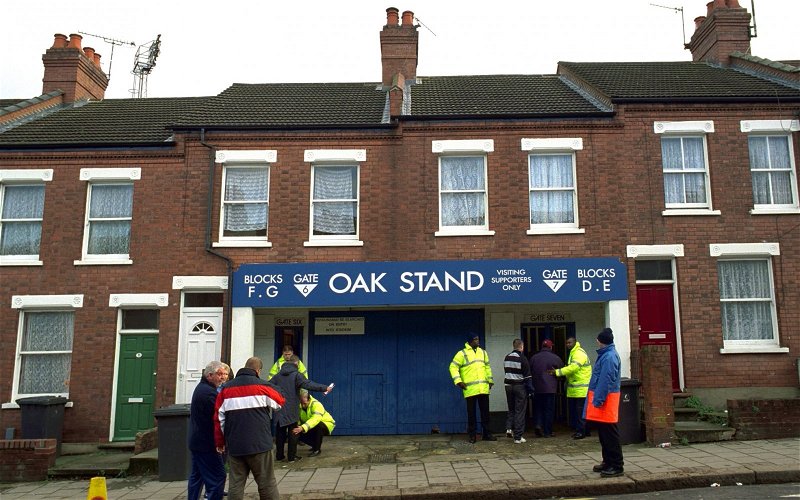 Recently, via our poll facility, we asked what stand you frequented when you first started watching Luton Town.

Surprisingly, the results were even, although the Oak Road Stand just took the honour of polling the most votes with 32% of those cast.

As a youngster, the Oak Road had a magnetic effect on many, it was the stand where most of the vocal support came from, but it also had a uniqueness about it.

I doubt if there any others that have a similar stature whereby when you enter, you find yourselves climbing up staircases that overhang the residents of Oak Road’s back gardens.

Also, when you view it from the Maple Road stand, it appears a little sunken into the ground, a point illustrated by the fact that when, as a youngster, you go right down the front, your eyes are at pitch level.

But as a teenager, it was the place to be.

Many of us started on the edges of the masses before moving, as you got a little older, into the centre, where it was so tightly packed, I was often surprised the crash barriers did not give away.

On occasions though it could be fraught with danger.

At a time when football hooliganism was rife, the big London clubs always seemed to infiltrate that area of the ground with, more than often, a frantic melee breaking out as blows were exchanged.

I will always have fond memories of the old stand even though it long lost the magic it once had when the ground and the support evolved.

What are your memories of standing beneath its roof and cheering the Hatters on?

Luton – You Are In The Managerial Hot Seat