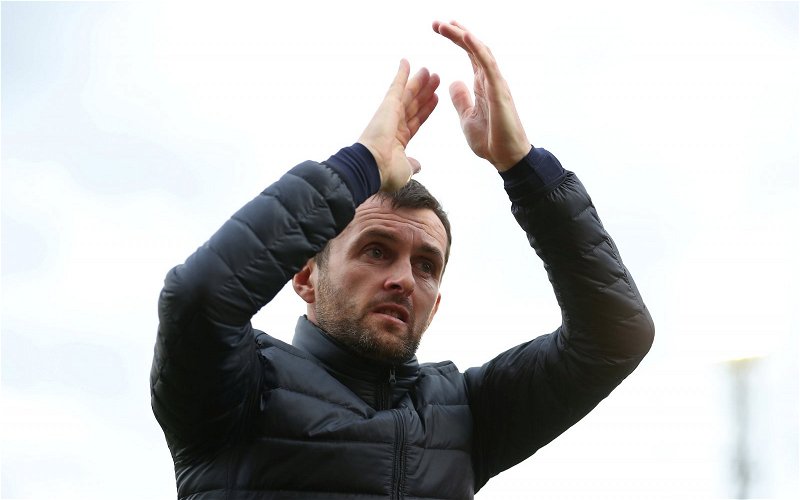 Following a second consecutive defeat, over the Easter holiday, it was always going to be interesting to hear what Nathan Jones had to say after the latest defeat, against Barnsley.

And it is fair to say, the gaffer did not disappoint.

Talking to BBC Three Counties Radio and as reported by The BBC, the gaffer started by comparing where we are now compared to where we were last season, remarking:

“I came in last year for the last nine games and, bearing in mind with nine games to spare this year we’re on 50 points, you think you’re in a relatively comfortable position.

“When I came in last year it was categorically different and they had a real desire to defend and to work hard and put their bodies on the line. We’ve had two games since we’ve reached 50 points where we haven’t done that and we’ve been powderpuff in both games.”

That word ‘powderpuff’ sums, I think, things up perfectly since that 50-point target was reached. It is almost as if the job for the season, survival, has been done.

The boss continued by further commenting:

“I want us to evolve and become a better team, and we were using these last nine games to do that and see if we can do certain things.

“But I’m going back to basics now, I’m going to make sure we finish the season with points because I don’t want to lose games by trying people and seeing if people are good enough.”

Now that is an admirable admission, Nathan clearly realises that some of those that have come into the team are not good enough and that the Championship is not an arena in which you can take liberties.

But his final few words, on the subject, will certainly install fear into those who think they can have a comfortable life on the books of Luton Town Football Club whilst not being up to the standard required in the second tier of English football:

All that remains to be seen now is who Nathan picks for the forthcoming trip to take on the bottom club, Wycombe Wanderers, next Saturday and who is shown the door come the end of the season.

With regards to the second point, here at Vital Luton Town, we are willing to accept nominations in our comment facility beneath this article.