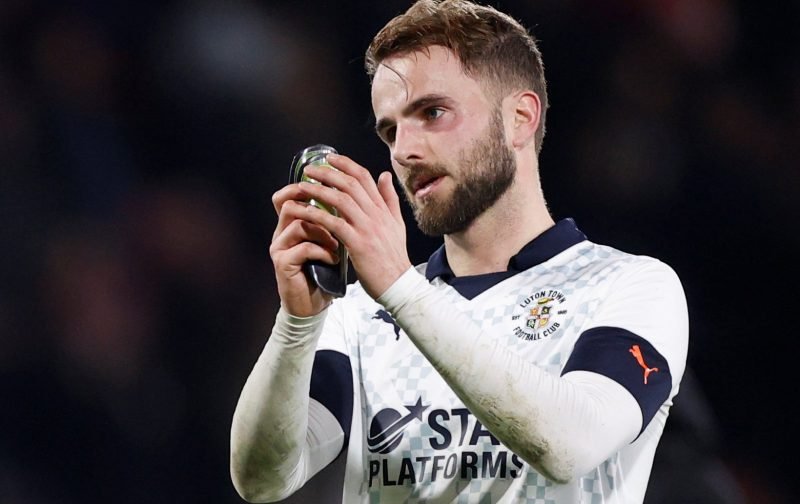 News broke, late yesterday afternoon, that Andrew Shinnie’s tenure as a Luton Town player had come to an end.

The 31-year-old had been on loan at the League One club, Charlton Athletic, until the end of the season.

With Shinnie’s Luton contract running out at the end of this season and with the player becoming a free-agent, Luton and Charlton colluded to make the deal a permanent one.

Charlton, sticking to the EFL rules, knew that they could only name 5 loan players in a match day squad and that they had 6 on their books.

By agreeing a permanent deal, Shinnie now knows he can be included in all match day squads.

Before his loan spell became a permanent deal, Shinnie had made 16 appearances for Charlton scoring 2 goals.

The player was always held in high regards and it really is the end of an era.

Once the news broke, social media was alive with people wanting to thank Andrew for his commitment to the Hatters cause and wish him all the best at his new club, a point the following illustrate perfectly:

Think we all knew after the comments made when he went on loan that it was the end but still sad to see you go @andy_shinnie – all the best!

Sad to see him go. Thought he should have been given more of a chance in the Championship – best of luck Shinniesta!

One of my favourite players over the last few years, all the best @andy_shinnie 👒

Shinniesta! 🥲 thanks for everything mate been a pleasure to watch you play. Your one of the main reasons we are where we are today, good luck at Charlton and thanks again 👏👏

I am sure you will join me in thanking Andrew for his commitment to the Hatters cause and wishing him all the best as he strives to continue his career in professional football.