Luton – Every Player Has His Price 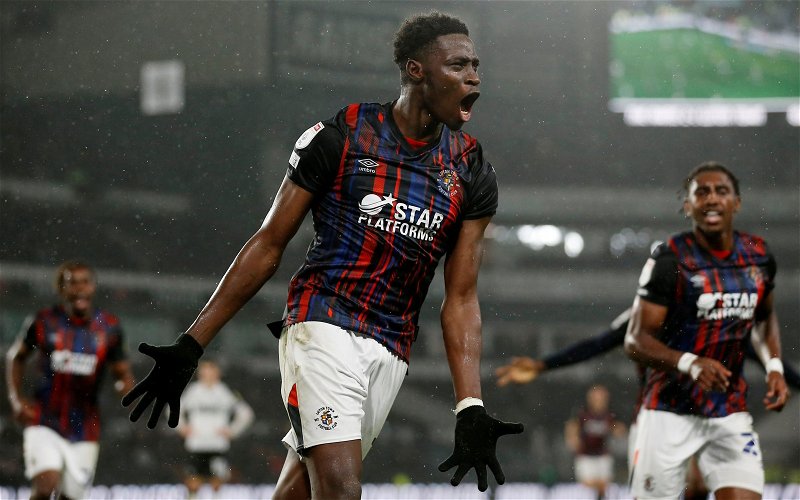 Sat in the local public house the other night, an interesting conversation evolved.

Discussing the recent signing of Cauley Woodrow, one of our contingent threw into the arena an interesting question.

They wanted to know, if the price offered was right, whether the signing of Woodrow would see Elijah Adebyao sold.

In the continuing discussing, it was generally agreed that every player has his price and that if Luton Town received a big enough off then he probably would be sold.

But a matter of hours later, as reported by Luton Today, Nathan Jones, talking to the media, kind of calmed our fears, or did he?

Talking about the subject of Adebayo, Nathan is reported as having remarked:

“We believe that he’s on a road to progression, so any offers now would need to be at a level that probably they’re not going to be, because he’s not at his ceiling with us yet.”

It’s that last part that worries me, I can’t help wondering about the mention of ‘offers at a level’ just what kind of figure does he, and the club, have in their heads?

Your thoughts on the above subject matter would be most welcome.

Luton – We Have A Cunning Plan