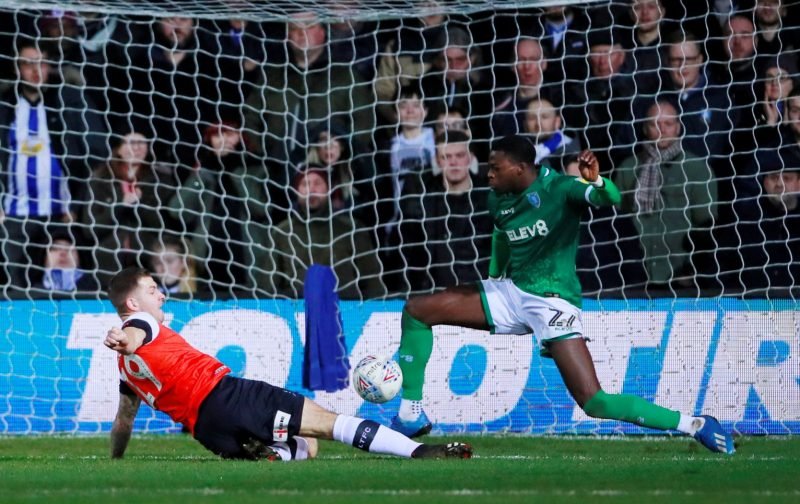 A rare win, only the Hatters second in their last twelve Championship games, has lifted the side off the bottom of the table and closed the gap between Luton and that crucial fourth from the bottom position that will ensure the club retains its Championship status.

Sheffield Wednesday arrived at Kenilworth Road on a poor run of form and Luton took full advantage of that sending The Owls home contemplating a 1-0 defeat.

But, more importantly for the Hatters, Luton kept their first clean sheet, in the Championship, since 19-October when they beat Bristol City 3-0.

However, the game wasn’t all plain-sailing, awarded a penalty after just 13 seconds, James Collins saw his spot-kick hit the bar. But Collins remained clam and, midway through the first half, was on hand to score the only goal of the game, his tenth of the season.

Luton created further chances but couldn’t get that second goal with Izzy Brown contriving to miss the easiest of them.

As it turned out, it took a neat save from Simon Sluga to ensure the three points remained with Luton Town.

For once, the Hatters looked a side that could yet pull off ‘The Great Escape’ but they’ll need to reproduce performances like last night to achieve what many perceive to be the impossible, starting with a difficult looking trip this coming weekend to face Middlesbrough.

For once, the social media posts were all positive with those listed below a perfect illustration of the delight a much-needed win brought:

Off the bottom! The only way is 👆 COYH!

That was nerve wracking!! Big win for the Town…showing some heart! #COYH

Oh, how I've I've missed that feeling of leaving the Kenny with a big smile after a well deserved win.

Plus, we're finally off the bottom! 👀

One win does not a season make but it gives us hope that the Hatters can retain their Championship status.