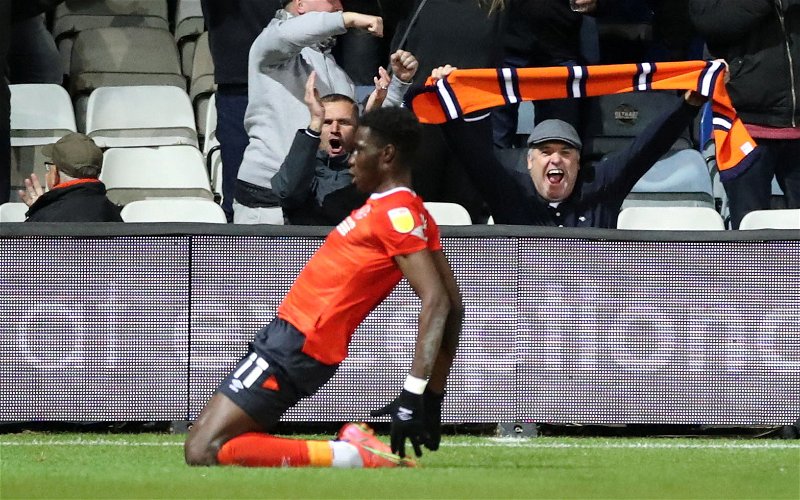 The support will be hoping that their team can continue the momentum generated by that wonderful last gasp winner, scored by Kal Naismith, in the thrilling 3-2 win against Bournemouth, last Saturday.

But looking at the statistics there is no reason to be worried about Adebayo’s scoring form.

Back in August, you may recall that we ran an article / poll – how-many-league-goals-will-adebayo-end-up-with.

Reflecting on the result, it appears that 33% were predicting Elijah would net 19 goals and above this season, if things continue to go as well, those 33% might just be right!

Luton – They Played For Both – Swindon Town