Luton – Just One Of Those Nights 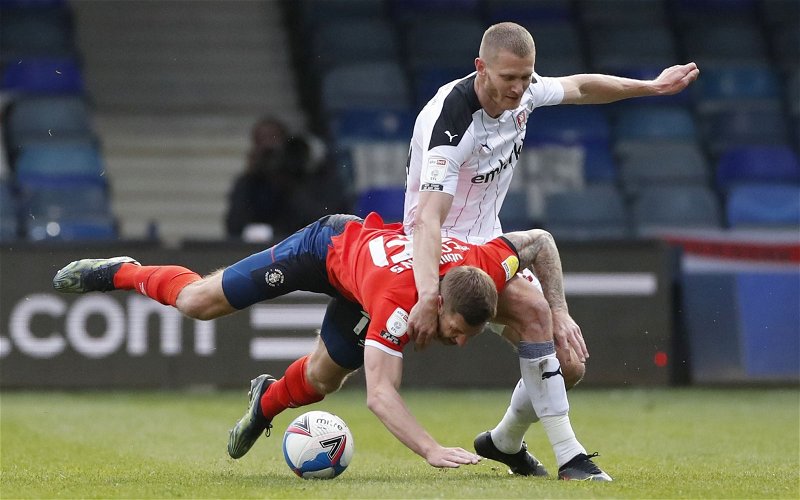 I guess a draw was a more suitable result for Luton Town than it was relegation threatened Rotherham United.

It was a game that gave me the feeling it just needed one goal to really get it kick-started, but it was not to be.

Both sides rattled the woodwork, Luton twice and Rotherham once and the Hatters even had, what appeared, a perfectly good goal disallowed late on when Sonny Bradley found the net.

But the 0-0 draw does give both sides something left to fight for.

Rotherham can still stave off relegation but need a result against Cardiff and other results, concerning relegation threatened sides, to go their way.

Luton, if they get a result against Queens Park Rangers, can still finish in tenth place, once again if other results go their way.

But, perhaps, the best analysis of last night comes courtesy of Nathan Jones who, talking to the local media and as reported by BBC Sport, had this to say:

“There was plenty of endeavour, loads of honesty and trying to make the breakthrough but we just lacked a bit of quality on the night.

“We’ve hit the bar, hit the post and had some really good counter attacks when they’ve been open and we haven’t quite showed enough quality.

“I’m so proud of the team because they showed real honesty – we played properly, we’ve kept the integrity of the league and our club and we’re a credit to this league.”

Indeed, we did, it would have been so easy to field several youngsters, but I am guessing Nathan, remembering the experience we went through last season, did not want to give any of the other sides involved in the relegation fight, cause to complain.

Next up for Luton is the final game of the season, a trip to West London to take on Queens Park Rangers, can we finish with a win?

Luton – Your Player Of The Season