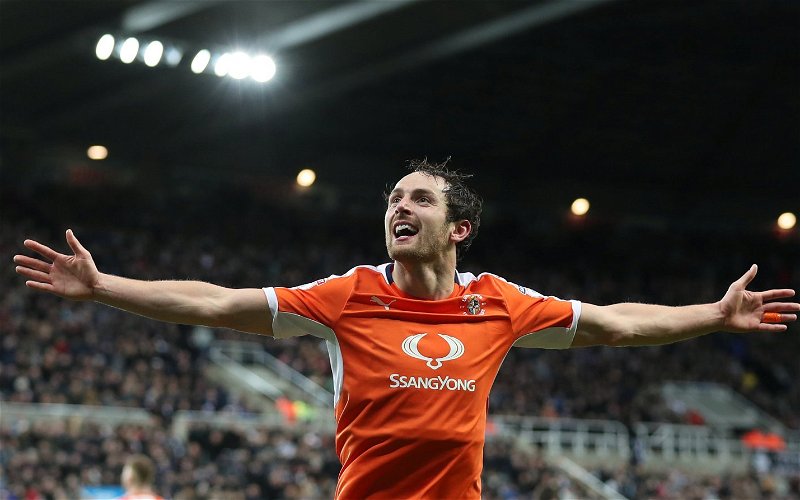 As we hinted this morning, Danny Hylton has left Luton Town and his destination can be confirmed.

Our morning article – striker-set-for-summer-move – suggested that Northampton Town were the favourites to sign our legendary striker and that is exactly how it has turned out with Danny putting pen-to-paper on a two-year contract with the Cobblers, as confirmed by the Official Luton Town Site

Danny leaves Luton after a six year stay which saw the striker make 170 appearances and scoring 62 goals as he helped Luton climb back to the second tier of English football.

Realisation that he was leaving Kenilworth Road came via his social media page this morning:

What a journey! What a club! If you have been part of my journey over the past 6 years from the bottom of my heart I cannot thank you enough. Good luck 🧡 hatter for life!!! 👒 @LutonTown pic.twitter.com/yKnmH0DEwc

And the Hatters support were quick to show their appreciation for what the 33-year-old has achieved during his six year spell as a Hatter:

You leave a legend. Cannot thank you enough for the joy you brought me and my two sons over the last 6 years. Have a house full of Hylton shirts and my eldest had the honour of being a mascot down at Exeter and loved every second with you. Good luck Danny PMA

Thanks Danny for all you have done over the last 6 years. You’ll be missed for your character as much as your football. Good luck.

The part you played in our rise up the leagues was immense. Definitely a club legend.

There were so many appreciation posts, but etiquette prevents me from listing but a few.

However, I will finish with one post that sums the man up perfectly:

The word "legend" is bandied around far too easily these days, but for you Danny, it's exactly what you are to us Hatters. Thanks for everything, it's been a blast! All the best for the future #COYH

I couldn’t have put it better, see you around legend.