I Have My Doubts Over Jones Tenure As The Luton Boss, How About You? 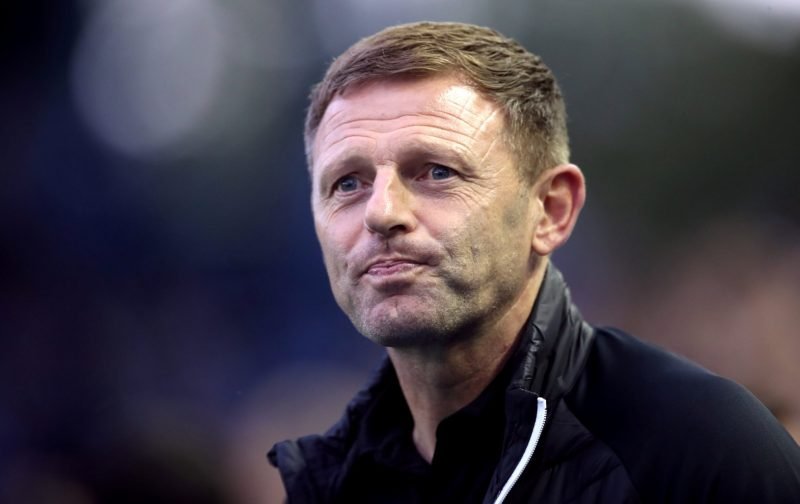 Well, here we are, sat twiddling our thumbs with the onset of the second international break of the 2019 / 2020 Championship season upon us.

But, with the onset of another international break, I thought I’d take the opportunity to bring to the table a subject that could be deemed as very controversial, the subject of Graeme Jones being in charge of our beloved club.

Now I know it can be deemed as disloyal to discuss such a controversial subject and I know I’ll face criticism for not getting behind the club 100%, but I’m a hardy soul and I will have my say.

Last May, when back-to-back promotions were achieved, I was ecstatic as the rest of you.

After climbing from the desperate days of non-league football to participate in the Championship was a dream come true, a wonderful opportunity to put our proud club slap bang in the middle of the top echelons of English football.

But one problem had to be overcome, with Nathan Jones having departed and Mick Harford declaring that he didn’t, after leading the Hatters to promotion, want to take the role on full-time, a new manager had to be found.

Rumour had it that the Luton hierarchy had been focussing their attention on Graeme Jones for a considerable time and after negotiations were concluded a deal was announced.

To the Hatters faithful, it seemed a great appointment, with it being proclaimed Luton had secured the services of a great manager whilst others, taking a more cynical approach, pointed out that we’d merely signed somebody who had worked alongside some pretty decent managers.

In the cold light of day, Luton had appointed somebody who was taking on a managerial role, in his own right, for the first time.

A hectic summer saw the Hatters bring in a plethora of new players, welcome additions to the squad or bulk buying, or, more worryingly, were they as good or better than those we already had on our books, I’ll leave you to decide that particular point.

Now nobody said life in the Championship was going to be a breeze, indeed survival and consolidation, in the second tier of English football, might be deemed as a successful season.

With eleven games gone, of the new season, just over a quarter, the Hatters have accumulated 11 points out of a possible 33 and sit in 18th place, just three points off the relegation zone.

Averaging a point a game is, quite possibly, flirting with relegation, a worrying consequence for a club that, with Power Court on the horizon, has so much ambition to fullfil and indeed look forward to realising.

But, returning to Graeme Jones, I remain unconvinced that the Hatters have the right man, too often we’ve been tactically naive and his reluctance to drop our record signing, Simon Sluga, after an awful run of form continues to baffle me.

Football is a harsh environment, time is of the essence, the pressure to succeed can be overwhelming and Jones, operating in such conditions is, like many others who have made the jump from right-hand man to top dog, perhaps, finding it more difficult than he first imagined he would.

Now, I may have gauged this completely wrong, the remainder of the season may see the Hatters, under the stewardship of Graeme Jones, go from strength to strength and, to be brutally honest, although we’re, currently flirting with relegation, we are far too good to go down, but that gut-feeling, that continual doubt, relating to the boss, just refuses to go away.

Does anyone else share similar feelings or do I stand alone?