Hatters Fans Reactions To Promotion Party Being Put On Hold 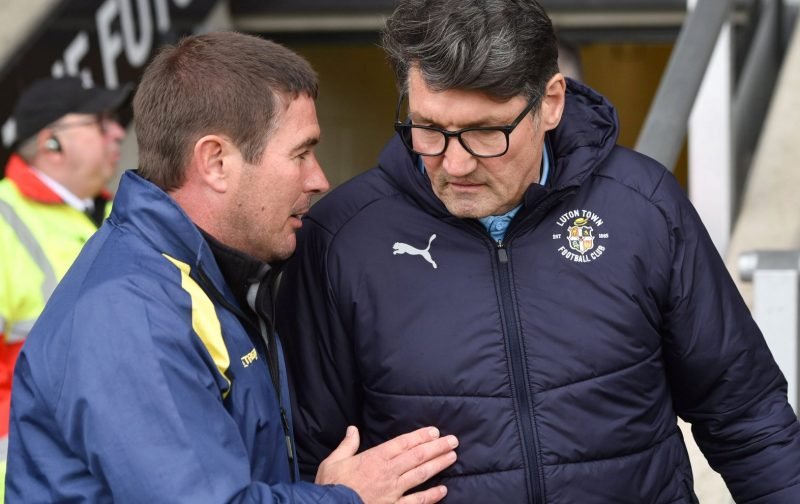 If promotion is to be the reward for what has been a fantastic season, the Hatters are certainly making hard work of it.

With the title in sight, Luton have proceeded to take just four points out of the last twelve available.

As a result, the defeat away to Burton Albion today leaves Luton now topping the table on goal difference only, with the chasing pack having closed the gap.

Our whole season boils down to getting a win against Oxford United, at Kenilworth Road, next weekend.

If we don’t, we’re relying on Barnsley or Portsmouth to drop points, can you imagine how tense it’ll be inside the quaint old ground if that is the scenario we’re relying on!

Following the defeat, in a game where at one stage the title looked to be in the bag, social media has been alive with the reaction of the Hatters support with the following comments being a general consensus of opinion of the Luton support:

Only Luton will do such a thing. Championship in the bag not too long ago to now possibly having to be in the play offs and losing out completely.

Ok, last week it has to be. Theres no 'could have been' now….its what we do next week. Remember conference? Remember getting back?? Then league 1?? Now?? LTFC have done brilliantly. Strong heads, big hearts!! Next week.

Going to be a long week now, hope we can find a big performance against oxford ????

I dont think my heart can take anymore all that hard work all season ….please get that win against oxford …deserve nothing less than promotion ????????????????????

During my lifetime we have tended to choke at Easter – and fall well short as a result.

But we haven't fallen short – we've had our little bad run.
Now to kill it off by smashing Oxford.
McCormack at the core. #COYH

Everyone senses the disappointment and building pressure on the side, but, back in August I’m sure we’d all have jumped at the chance of knowing if we win our last game, we’d be not only promoted but as champions.

All we need is, as the point below illustrates perfectly:

Win next week and we’re champions, simple as that

However, I’m afraid to say football isn’t as simple as that is it?

Everyone Connected With Luton Town Should Feel Insulted