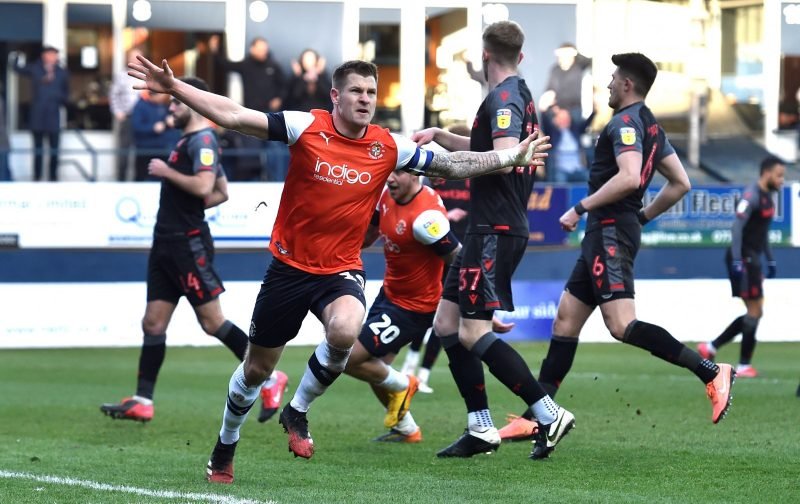 Kenilworth Road witnessed, this afternoon, a hard-fought contest between two sides that are desperate to avoid relegation, come May, to the third tier of English football, League One.

After a scintillating performance, in midweek, against Brentford, the Hatters support were hoping for more of the same, unfortunately, that wasn’t to be the case.

The Hatters lacked that cutting edge that put Bretford to the sword and struggled to make an impact against a resolute Stoke side that had kept clean sheets in their two previous games.

Indeed, it was Stoke that took the lead, in the ninth minute, on a rare forage forward when Sam Vokes netted. From that moment on Luton were up against it.

But just as it looked as if was to be Stoke City that took the three points on offer, the Hatters were thrown a lifeline when Callum McManaman was fouled in the box by James Chester.

James Collins, given the captains armband ahead of the game, strode forward and beat the former England keeper, James Butland, comprehensively, sending the Hatters support wild.

A draw was perhaps a fair result but I wonder which of the two sides will get the most pleasure from this result?