The Hatters Win at Bradford – Views From The Bench 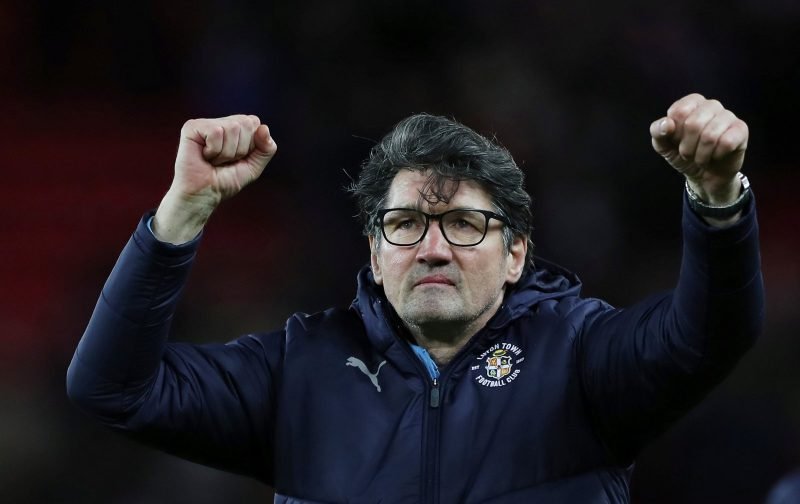 It was a jubilant journey back from Yorkshire to Bedfordshire last night, despite the inclement weather.

Three more points, extending the Hatters run to 24 unbeaten games, saw their hopes of promotion enhanced, with just nine more games to go, promotion really is in the Hatters own hands.

Following the game, both managers fulfilled their media duties by speaking to the media.

Mick Harford, in charge of a buoyant Hatters team until the end of the season, had this to say:

“It wasn’t easy but some of our football was scintillating.

“This was a massive win for us. It’s been a very good week for Luton.

Indeed, it has, a week that those who have followed the Hatters for many a year will never forget.

As for the opposition manager, Gary Bowyer, who faces a fight to keep the Bantams in League One, spoke about his side not getting anything from the game, commenting:

“The way we went about it, I have thought we might have nicked something – but they’re top for a reason.”

Yes, we are, and long may it continue.