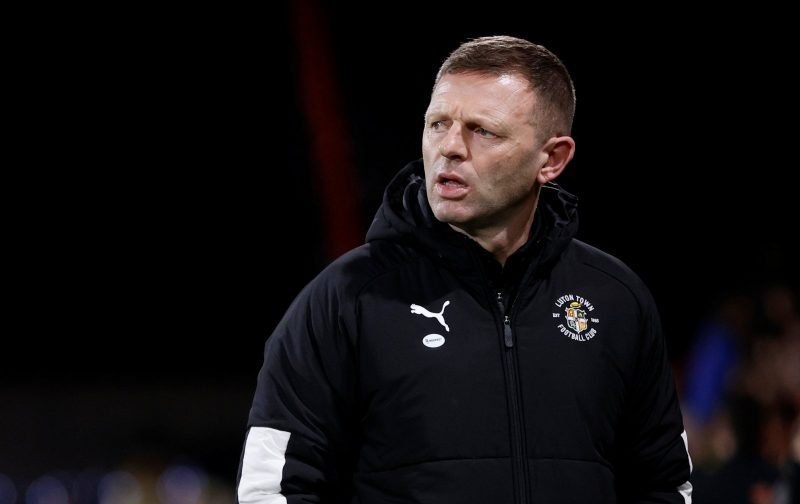 A week has passed since I last put pen-to-paper.

Unfortunately, proper work intervened as the necessity to do twelve-hour shifts negated any chance of airing my thoughts.

But what has changed in the last week?

Well, not a lot if you are looking for something positive.

In fact, one week on the Hatters look to be in more dire straits than before.

Another defeat, meaning the Hatters have collected just one point out of the last twenty-one available, this time against Birmingham City has left the Hatters firmly rooted to the foot of the Championship table.

Luton’s form is, to put it bluntly, woeful.

Birmingham City arrived at Kenilworth Road win-less in their last six games, surely a game you’d hope Luton could take something from, but no, another defeat and another nail in our hopes of survival in the Championship.

At the bottom there is a group of four clubs trying to avoid the drop, a gap is opening up between those four and the club lying fifth, Huddersfield Town.

The Hatters are seven points adrift of Huddersfield it doesn’t seem that much until you accept it is a third of the twenty-one points’ we’ve actually obtained this season.

But, could there be a change in the winds?

On Saturday, after another dreadful performance, there was a sense of rebellion in the air, with the manager, Graeme Jones, getting booed.

Furthermore, the gaffer hardly endeared himself to the Hatters support when, speaking to the media afterwards, and as quoted by The BBC remarked:

Finally, the mist appears to be clearing and the realisation is hitting home that he isn’t the man for the job.

“I never think about losing my job, all I think about is the solution. I had a question the other day about why do you change the team so much? Because I’m trying to find a solution.”

Some would call it panicking!

Finally, any lingering faith I may have had, evaporated with Jones further adding:

“I know what the problems are because I work hard to try and find solutions and today, me, the players have failed.”

It’s not just today, it’s most of the season!

Time for, as this site has said many-a-time, a change at the managerial helm.