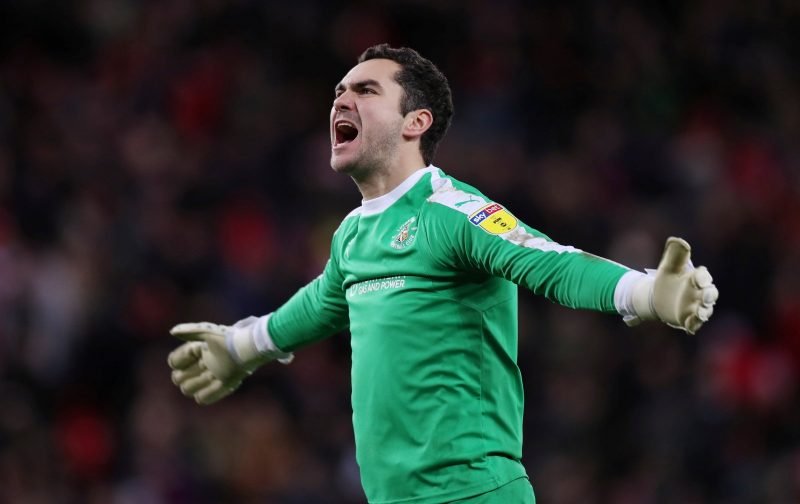 Back in the summer when Luton Town broke their club transfer record for a player, bringing Simon Sluga to the club, I wondered what would become of James Shea.

The previous season had seen Shea play a vital part in Luton achieving back-to-back promotions and becoming a Championship side.

However, having found himself relegated to second choice, would Shea be willing to remain at Kenilworth Road?

Well it seems he is perfectly happy with life with Luton Town as it has been announced, and confirmed by The BBC, that the 28-year-old has put pen-to-paper on what is described as a long-term deal.

Discussing the deal, Shea is quoted by our referenced source as having remarked:

“It’s been an amazing journey, and I’m sure there’s a lot more still to go, which I can’t wait to be a part of.”

This season Shea has only made 3 appearances for the Hatters, all in the EFL Cup but although he’s lost his place as a regular starter it seems his value to the club has still been recognised with the gaffer, Graeme Jones, adding:

“He’s a wonderful character to have around the football club and a very, very competent goalkeeper whose day-to-day standards are a wonderful example to everybody here.”

In a time where loyalty seems to be a bygone word, we have the utmost respect for James and given the opportunity we know he’ll not let Luton Town down.