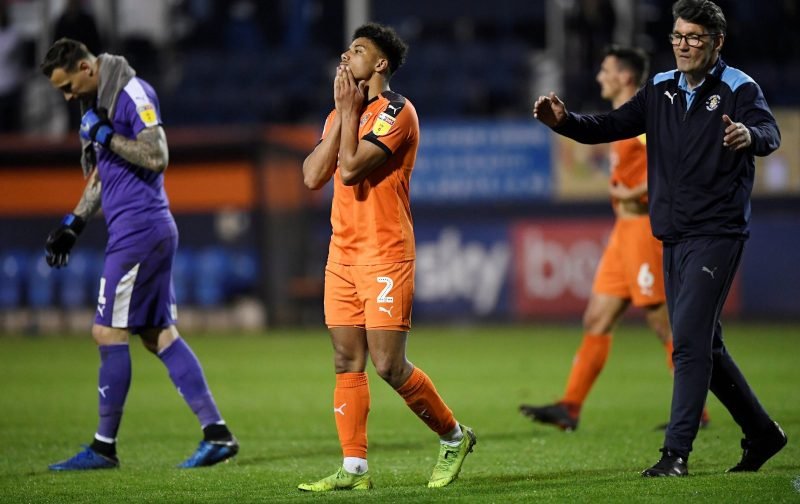 Following our second consecutive promotion and living the dream of back-to-back promotion campaigns that have seen the Hatters make the jump from League Two to the Championship, a massive achievement by any standards, I’d hope there is a real unity to the squad.

With a Championship campaign to look forward to, under the guidance of a new manager, Graham Jones, these really are exciting times.

But, returning to that old chestnut of squad unity, the Hatters could be set to face their first test.

According to the red-top publication, the Daily Mail the Premier League side, Leicester City, are said to be interested in James Justin.

The 21-year-old had a fantastic season and perhaps we should be chuffed that clubs in the top-tier of English football are interested in our talent.

However, it remains to be seen whether Justin is swayed by such interest or whether the local lad who has done good remains loyal to the cause.

At such a tender age, I’d hope it is the latter, this club of ours is going places and we’d like James to be part of that journey.