Luton – What An Officiating Shambles 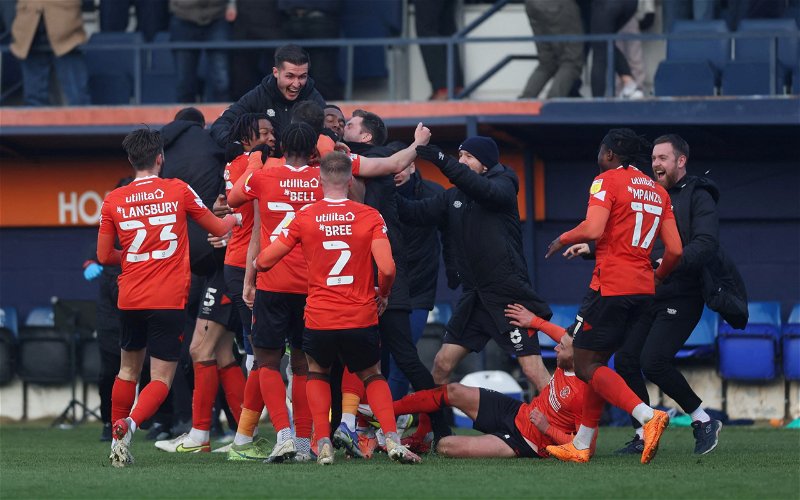 Yesterday, ahead of the exhilarating Championship clash with Bournemouth, a game that produced a thrilling finish, I penned an article.

The article – supporters-views-on-refereeing-standards – was related to, as the title suggests, officiating being in decline. I ended the article with the words:

“All we can hope, in the short term, is that we don’t get any dubious or confrontational decisions in our game against Bournemouth this afternoon, is that too much to ask for?”

Well, it appears it was too much to ask for!

With the Hatters leading 1-0, courtesy of an own goal from Kelly, the ground erupted when Cameron Jerome, after a goalmouth melee, prodded the ball home from close range.

It appeared that the Hatters, against top-of-the-table Bournemouth had made it 2-0 with the referee pointing back to the centre-circle.

However, in the kerfuffle that ensued, some 90 seconds later, after a consultation with his assistant, the flag went up for offside.

To me, watching a replay of the incident, it very much appeared that the Bournemouth bench, with a particularly vociferous protest, may have swayed the opinion of the officials.

Naturally, the reversing of the decision prompted some comments on social media:

Yeah it was offside but you can’t overturn the decision just because they’ve had a bit of a cry about it 😂 how could Parker or anyone even see who it came off last from their view?

That’s is a shambles

Yes, it was a shambles and the correct decision may have been made, but, in my opinion, it enhanced my views that officiating, in general, in this country, is in decline!

We can only ponder what lies around the corner in years to come!

Luton – It Was Our Pleasure Folks