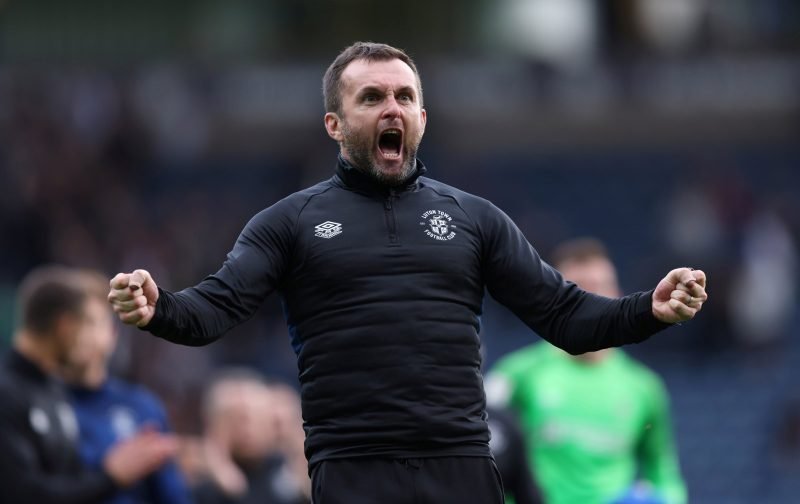 The Hatters form, going into the fixture at Ewood Park, was not good, just 1 point out of the last 6, but I cannot help but feel the side took an enormous stride yesterday.

After being mullered by Birmingham City and then held to a goalless draw by Sheffield United, it would have been so easy for the Hatters to fold, against Blackburn Rovers, when they went 2-0 down, even more so considering the players they had lost throughout the day.

But they never buckled, they showed a resilience that will serve us well during the coming months.

It was something that Nathan Jones spoke about in his post-match interview, and as reported by Luton Today

with the gaffer remarking:

“We’ve just had to dig deep today, really dig deep, there’s nothing in the coaching manual, nothing in the technical Pep Guardiola school of our result today.

“We had to dig deep, come away from home and show character and endeavour and drive and belief and we did that.”

We did and the 812 supporters that made the 198-mile journey to the north-west were vocally appreciative of that, cheering their side on and getting the reward such support deserves.

But having to up the ante after losing a raft of players in the build-up and then Allan Campbell very early on in the game, did affect our style of play as Nathan admitted, further adding:

“We showed very little quality in certain elements of our play and if we’d have done that, I think we might have won the game, because Blackburn showed better quality in and around the final third than we did.

“So that’s what we need, but they’ve been able to spend a hell of a lot of money on that quality, while we’ve had to develop that quality.

“I’m delighted and really proud of my group as whatever else we go on the bus tonight and at least I know I’ve got a group that wants to fight and graft and achieve something.”

I imagine the 198-mile drive home was one made in good spirits although I reckon the clubs medical team were particularly busy as the bus headed down the M6 and M1.

With a fixture, away to Bristol City, on Wednesday night, it will be interesting to see what the starting XI will be considering the plight we had to come through yesterday.