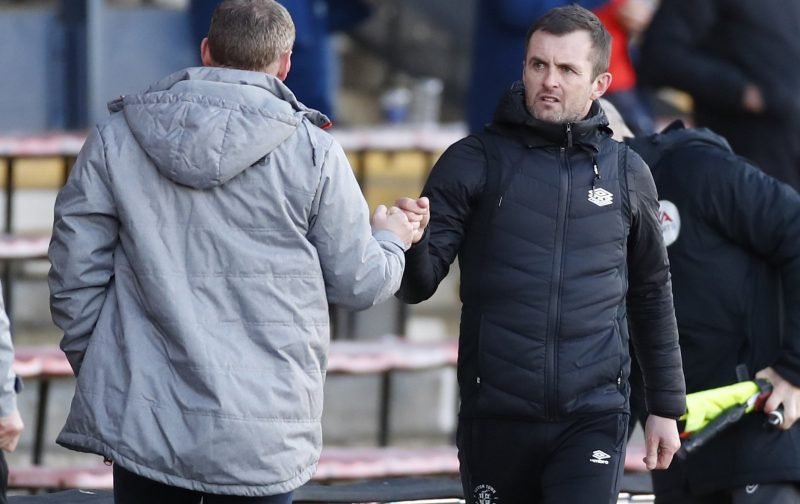 Being a Hatter, at the moment, really is a roller coaster ride, as the game yesterday, against Swansea City proved.

Entering the game, although Luton Town had taken only 3 points from the last 12 available, I was confident that Luton would emerge victories, as the following article – the-cream-will-rise-to-the-top – inferred.

However, it was not to be.

Even though the Hatters lead 3-0, after just 23 minutes, it all fell apart in the second half with our opponents, Swansea City, producing a remarkable comeback to snatch a draw, with the game finishing 3-3.

In fact, to be honest, Swansea could have snatched victory in the second half.

Now I purposely left this article until this morning, I did not want to do anything impulsive immediately after the game.

But now I am calm and composed, but still seething inside a little, I am prepared to say it as it is!

Yesterday, Luton conceded 3 goals to a side who had scored only 4 league goals all season, surely that cannot be good enough.

The result means that Luton have only taken 4 points from the last 15 available with, 3 of the 5 games played being at Kenilworth Road, surely that cannot be good enough.

After a raft of pre-season signings, expectation levels were high, there was even hope of securing a play-off place but now we sit in 13th place, just 3 points off the relegation places, surely that cannot be good enough.

Okay, people make counteract that our squad has been severely hit by absentees, whether it be through injures of pandemic isolation, but I have this fear that when the situation does improve, we could be involved in an early escape to avoid that dreaded trap door.

Our next two fixtures do not exactly fill me with confidence when it comes to collecting points, Bournemouth (a) and Coventry (h), with both teams flying at the moment, represents a tough ask.

Please convince me I have nothing to fear!

Luton – Patience Required When It Comes To This Player

9 Replies to “Luton – Surely That Cannot Be Good Enough”