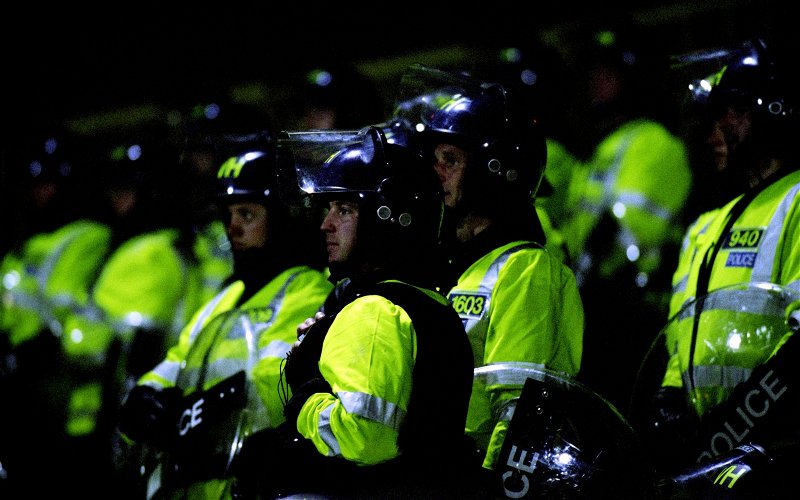 Yesterday, here at Vital Luton Town, we launched an appeal for information relating to an incident that happened after the QPR game.

Our article – were-you-a-witness-to-what-happened – related to an incident that took place after the game and left a Luton supporter fighting for his life.

Unfortunately, we have no further news on the subject supporter, but he remains deep in our thoughts.

However, the incident appears to have stirred up a hornet’s nest (unfortunate but necessary choice of word) when it comes to the way the Hatters support were treated after the 2-0 defeat at the hands of Queens Park Rangers.

It seems, according to social media, the travelling support were far from happy when it came to how they were treated by the Police, as the following posts illustrate:

Hundreds of officers, dogs, horses and vans. Yet someone left in a coma.
Horseback officers near trampling away fans and near causing a crush outside the away end.
Utterly disgraceful.

You need to look at the serious lack of safety and prevention of life surrounding your discombobulated arrangement of officers that had no clue. The amount of vans, horses and police still couldn't prevent a fan from being viscously attacked and in a coma! You're all accountable

Indeed, the situation was so chaotic one poster has had his joy of journeying to West London ended forever:

But, on a general note, how do you feel away supporters are treated by the Police?

Was Friday night a one-off or is it a regular occurrence?

Please feel free to vent your spleen in the comment facility beneath this article.

Luton – Still In The Mix Despite Two Defeats On The Bounce