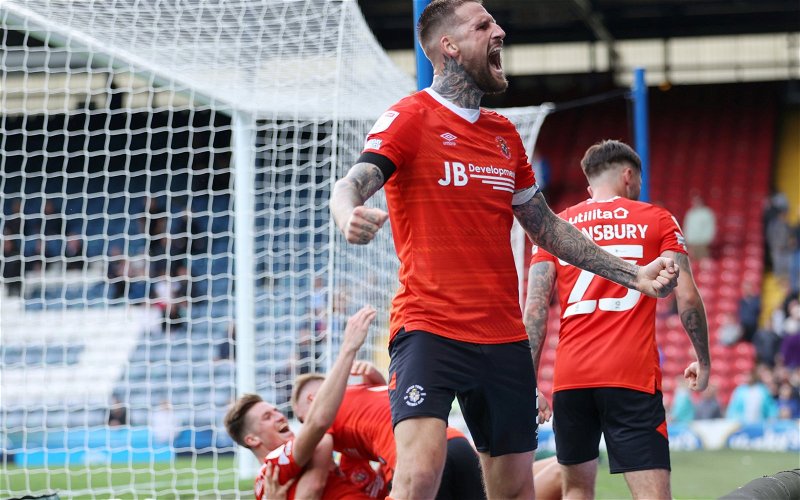 Ahead of the trip to take on Blackburn Rovers, my view was, after the two previous Championship results, was that Luton had to take something from the game.

After taking just one point from two home games, against Birmingham City and Sheffield United, confidence in the camp needed boosting, especially with, following the Blackburn game, a difficult trip to take on Bristol City in midweek.

But it looked as if events were set to conspire against us.

Illness in the morning and an injury in the pre-match warm up saw Nathan Jones have to think on his feet when it came to selecting his starting XI.

Matters were made even worse when Allan Campbell picked up a bad injury early on courtesy of an awful challenge and a further change had to be made.

Then conceding two goals in four minutes left the side with a mountain to climb but climb it, albeit very late on, was what they did.

Naturally, such a fantastic comeback, with the equaliser coming in the 8th minute of stoppage time, had the support ecstatically leaving their views on social media with an air of pride taking centre stage as the following posts illustrate perfectly:

Great come back against some awful refereeing.

Superb performance that and would have been a travesty had we lost . Thought we controlled the game and a draw was the least we deserved. 👏👏

It was one of those comebacks that will live long in the memory banks, but what is it about supporting Luton?

Why, more often than not, is it something akin to a roller coaster ride?

O my god…just turned a miserable evening into a bloody good one….come on my boys…love being a hatter-never boring.!!!
Great show of team.!!!!

It never is, is it and I would not change a thing, would you?