Luton Now Is Not The Time To Betray The Faith 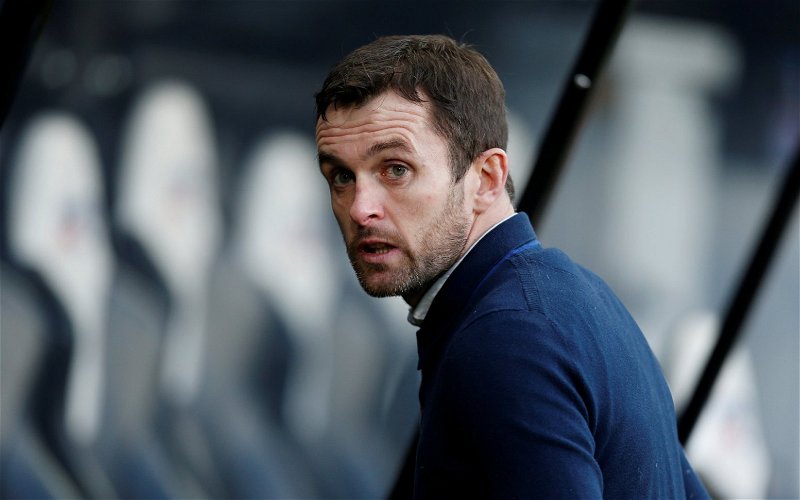 A year ago, Luton Town were in freefall, with Graeme Jones at the managerial helm, it looked odds on as if the Hatters would be relegated and suffer a quick return to League One.

They were worrying times.

But, as if by magic, the Hatters hierarchy implemented a change, Graeme Jones was axed and a short time later, Nathan Jones returned for a second spell as the Luton manager.

It was an appointment that split the support, after all Nathan had deserted us, in our hour of need, to join Stoke City.

Many of the Hatters support could not forgive him for collecting the ‘Manager of the Month’ award, an accolade he had won during his final few weeks at Kenilworth Road, in a Stoke City top.

But those dissenters welcomed Nathan back into the fold when he orchestrated the Hatters great escape to secure a spot in the Championship for, at least, a second season.

That second season started well, indeed there was talk that Luton could challenge for a play-off spot.

Sadly, in recent weeks, those dreams have faltered, and Luton have started to slip down the Championship table after a run of poor results and poor performances.

Yesterday, against Stoke City, the very club he had left Luton for, Nathan witnessed what is quite possibly the worst performance the side has given since he returned, back in May 2020.

As a result, mutterings of discontent have suddenly started to appear on the social media sites.

The first I selected, infers Nathan’s future could be in doubt:

Rea needs to go. Nathan Jones should be on thin ice after that. Shambles. Jones is clueless

But if you think that is harsh, then what about this one:

NJ OUT he’s a clueless twat ,
Let’s send Kioso out on loan so that he can score for other clubs, surely he would be better at his hometown club ffs

No mincing words there is there?

It seems everyone has a view, some more controversial than others, as the post below shows:

Nathan Jones isn’t a championship manager he can do it at lower leagues because he can bully the players. Struggles with players that stand up to him that’s why the same players play!!

Does that keyboard warrior believe Nathan is incapable of omitting some players for fear of a dressing room backlash?

Trying to come to a few rational thoughts about the situation, I was pleased to see a comment from a Vital Luton Town regular, Alistair, who, in his contribution, I think summed things up perfectly, when he wrote:

I do not like to lambaste Nathan as if it were not for his return last season, we all know under the previous incumbent Graeme Jones we were facing virtually certain relegation.

He must have motivated the players and given them belief for them to produce a string of brilliant battling performances to pull off the Houdini act that followed.

Then earlier this season the good work continued but of course as we all now know momentum has ground to a halt and stagnation has firmly set in.

Apart from a recent win against an awful Birmingham results have been disappointing. I wonder if Nathan Jones has gone into his shell or has, he lost the ability to rally the troops or keep instilling belief into them?

As some of us have already alluded to, perhaps picking the same players nearly every game has a great deal to do with it where they feel like they do not have to earn the shirt.

Another point I would like to make is he does not seem to give his new signings and fringe players much of a look in so when he does need to call on them, they are too rusty to adapt quickly enough.

Maybe herein there lies a big problem, involve more players, and drop ones that do not perform.

Also, maybe Nathan Jones over cautious attitude is rubbing off on others, but I do believe he can turn things around before it is too late, perhaps if he stopped to think about what he has achieved with Luton thus far and realised you do not necessarily become a bad manager overnight. Let us hope so.

I could not have put it better myself, Nathan deserves all our support and perhaps this Tuesday, when Millwall visit, there will be a shake up and things will get better.

Perhaps, apart from the above submitted comment, the best I could find about our current predicament, when it comes to social comments, is the one below:

So much over reaction, NJ is clueless, get over yourselves. What are Luton fans expecting this season? We’ve a league 1 budget & are punching above our weight, staying up is a good season.

Now is not the time to doubt the boss, be careful what you wish for, he is doing what he perceives to be his best, you could end up with another disaster like the previous incumbent of the role.

Luton – There Is Criticism And There Is This