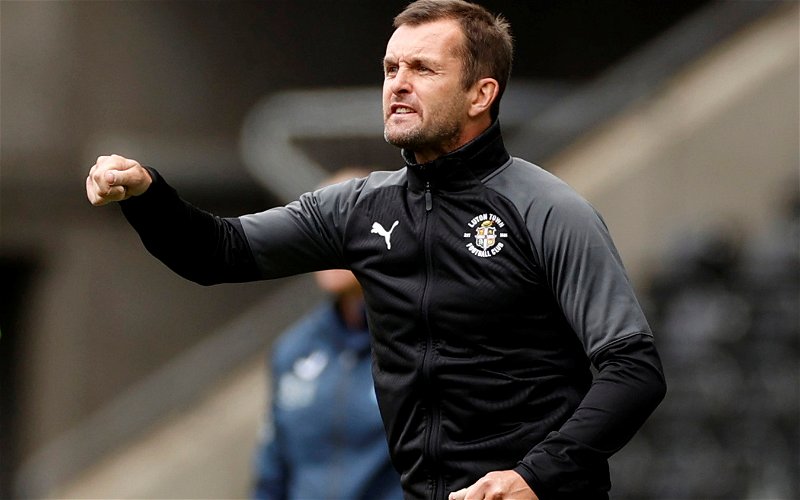 Any hopes the Hatters had of gate-crashing the upper echelons of the Championship table suffered a blow on Saturday when they were held to a 1-1 draw by Middlesbrough.

After taking the lead, courtesy of a goal from Glen Rea, Luton were pegged back when Duncan Watmore equalised two minutes later for Middlesbrough.

In a game of few clear-cut chances for Luton, James Collins spurned the best chance for the Hatters to take all three points when his second-half penalty was saved by the Middlesbrough keeper, Jordan Archer.

Once again, the accusation could be levelled at the Hatters that it was a performance that belonged in that inconsistent category, we have spoken about so many times this season.

It is something that the gaffer, Nathan Jones, spoke about in his post-match interview with the local media, and as reported by The BBC, With Nathan remarking:

“We felt we were a little bit lacklustre. We just didn’t show enough quality really. We had a little strut about us instead of a hunger to go after the points.

“Middlesbrough have taken four points off us and if I’m honest it should be the other way.

“We should be joint-10th tonight and that’s a missed opportunity and a bit of a disappointment.”

Indeed, we should but let us not beat ourselves up too much over it as it has still, compared to last season, been a good one for the Hatters and, perhaps, the opposition manager, Neil Warnock summed it up perfectly when he remarked, as reported by the same source: The BBC

“You’ve got to take your hat off to Nathan, he’s got a really honest, hard-working side, and we had to work hard to get that result.”

It makes a change for an opposition manager to pay credit to their opponents, usually it is mostly a case of sour grapes.

Luton have two fixtures left in the 2020/2021 season can they resurrect their ambitions of a top-10 finish?

They Played For Both – Luton & Rotherham