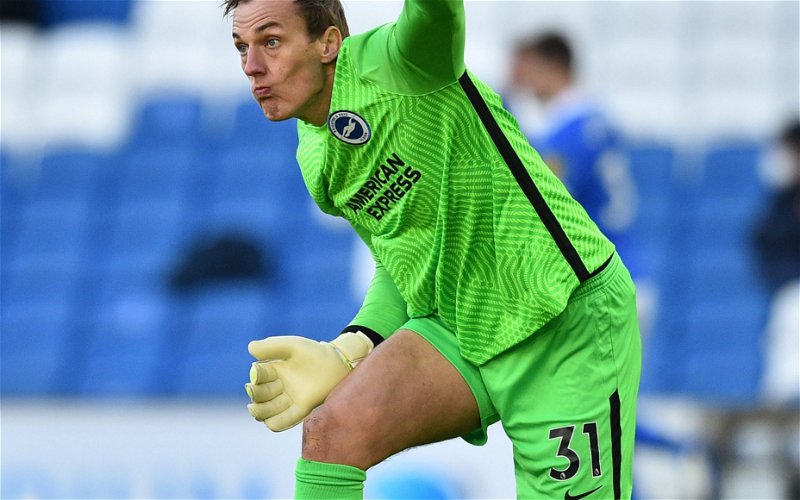 Although, to be brutally honest, I’m not expecting Luton Town to bring in several players this transfer window, one addition would be nice.

But in a window where speculation so far, relating to Luton Town, is a little sparse, it is good to see the club get a mention, with regards to one player, today.

Lurking in several news sources, including The 72.co.uk is that old chestnut relating to the Hatters being interested in signing a goalkeeper we are all familiar with, Christian Walton.

As you may recall, Walton spent time on loan at Kenilworth Road, back in the 2016/2017 season, before leaving.

Since then, although on the books of Brighton and Hove Albion, Walton has spent loan spells at – Southend, Wigan and Blackburn Rovers and is currently on loan at Ipswich Town.

And, according to our referenced source, it is Ipswich Town who are our rivals to sign Walton on a permanent basis.

But, reading between the lines there could be a big spanner in the works with it being reported that Walton is on a cool £13,000 a week salary.

Now I have no idea what the salary range is among the Luton squad, but I doubt if there are few, if any, who are raking in £13,000 a week.

Also, if Luton Town really are in the race to sign the 26-year-old what would it mean regarding the immediate futures of Simon Sluga and James Shea?

Now I may be wrong but, personally, I would be very doubtful if this deal is to be done and dusted, but what are your opinion on the reported pursuit of Christian Walton?

Luton – The Lad Is Doing Fine After Major COVID Battle