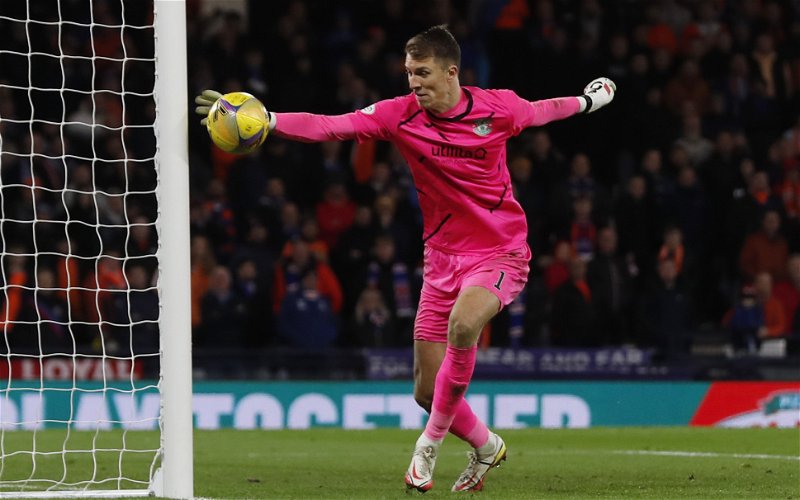 Earlier this week, here at Vital Luton Town, we picked up on the speculation linking Matt Macey with a return to Kenilworth Road.

Our article – luton-linked-with-a-move-for-a-familiar-goalkeeper – touched on the possibility that the keeper could be the one to fill the vacant spot between the posts.

In the last twenty-for hours that speculation has started to ramp up with footballinsider247, among others, reporting that a deal has been agreed between his current club, Hibernian, and the Hatters, with a six-figure transfer fee being agreed.

Furthermore, it is also being implied that Macey will be undertaking a medical today, to confirm his fitness.

At six feet seven inches tall, and twenty-seven years of age, Macey has the potential to be a commanding keeper and we sit here waiting for the news of his signing to be officially confirmed by the club.

But what does his potential signing do to the career prospects of Harry Isted?

Will he be content to play second-fiddle, again, or could he seek a move?

Only time will tell!