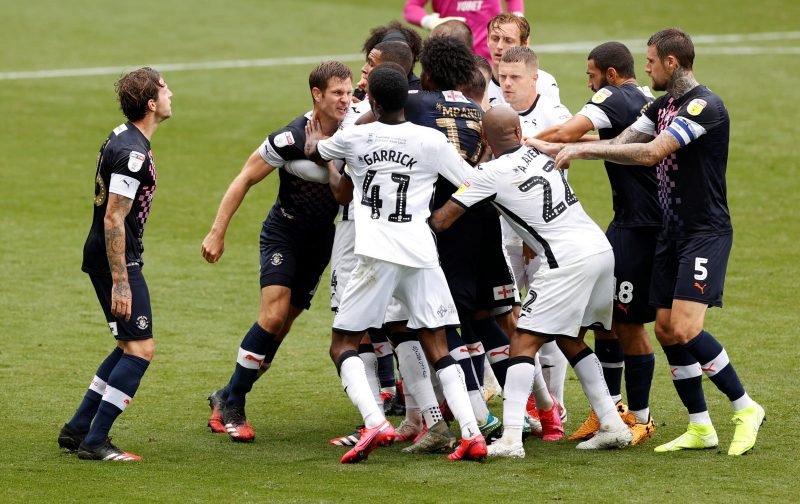 Following the 1-0 win, against Swansea City, both clubs were charged with failing to conduct themselves properly.

The charge arose after a melee, in the 83rd minute, saw both teams involved in an ugly confrontation that ended in the Swansea player, Jordon Garrick, being shown a red card for the worst example of a girly-slap I’ve ever seen. In fact, Garrick should have been stood in the dock and asked to explain his actions.

Following the incident, our article – luton-town-charged-by-the-football-association – hoped that the Football Association would show some common sense when it came to handing out any financial penalty, especially I the light of Wigan Athletic going into administration.

Thankfully, that has been the case with The BBC reporting that both clubs accepted the charge and have, subsequently, been fined just £5000.

It’s not often I praise the Football Association but, on this occasion, I think common-sense has prevailed all-round.