Luton Ease Into Round Five For The First Time Since 2013 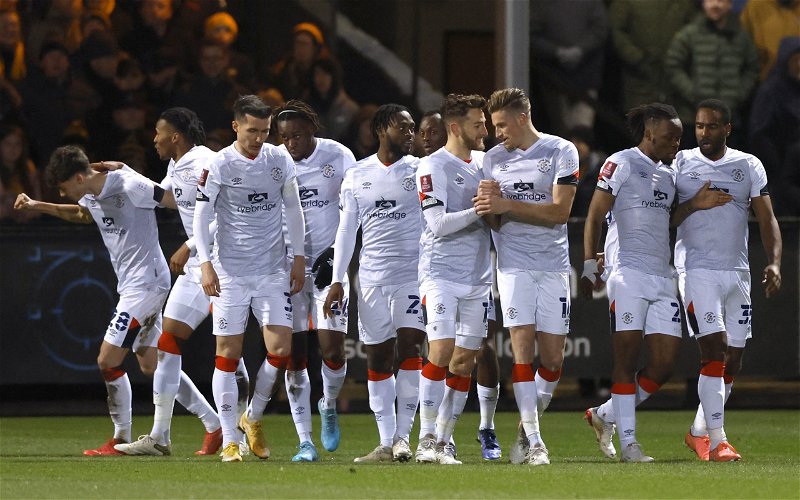 The Hatters are in the fifth-round draw for the first time since 2013, when they were still a non-league side.

The tie, against Cambridge United was always going to be a challenge, even more so with the gusty wind making conditions testing.

But, after weathering an early spell of pressure, Luton never looked back after Reece Burke opened the scoring and then Carlos Mendes Gomes doubled the lead before half time.

The victory was secured when, late in the second half, Admiral Muskwe scored.

It wasn’t the most entertaining of games, but Luton got the result and march on, still dreaming of a trip to Wembley, in May.

Glancing through the social media comments, the manner in which we went about the game was recognised:

About as comfortable as it gets all in all! Good to see everyone get a run out and all of them put in top performances👏🧡

Great shift. The amount of games they are playing the work rate is right up there. Some don't understand players need to be rotated.

Here at Vital Luton Town, we certainly do, although I will admit when I saw the starting XI, memories of Stevenage (a), in the Carabao Cup, came flooding back.

Therefore, with Nathan Jones making NINE changes from the XI selected in midweek, it was no surprise the performance, at times, was a little disjointed:

Not pretty at times but always in control. Good win and on to the 5th round

The firth round, or to put it slightly different, the last 16, who do you fancy in the next round, Stoke City or Peterborough United at Kenilworth Road would suit me fine.