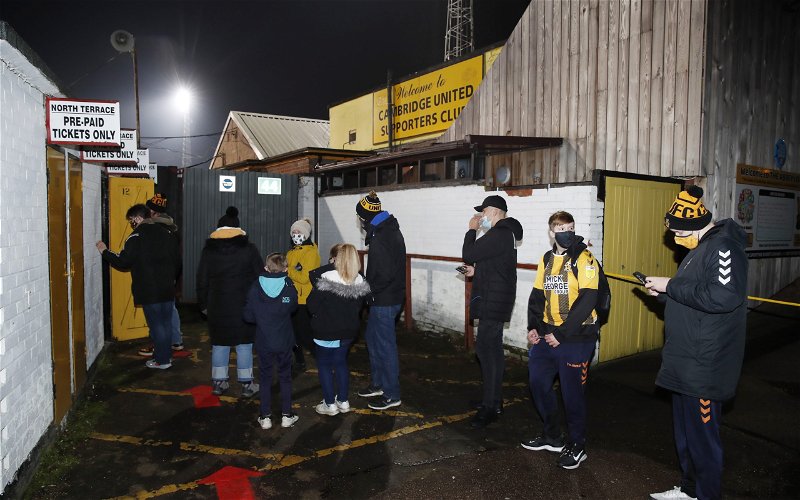 When the draw for the 4th round of the FA Cup was made, on Sunday, I raised a wry smile when Luton were drawn away to Cambridge United.

Of course, I’d have preferred a glamour tie against one of the Premier League elite but then again visits to the Abbey Stadium bring back such wonderful memories.

I can recall climbing into the back of a Luton van, along with numerous others, and making the short trip oblivious to what direction we were heading in.

When the van pulled up at its destination, I can remember the roll shutter going up and two uniformed police officers looking on in amazement at how many Hatters fans piled out of the van.

On another occasion I recall, after the game, walking through the fields behind the miniscule away end and being greeted by a horde of angry home fans keen to get revenge after suffering a defeat at our hands.

The two mobs went hand-to-hand, in combat, with numerous cows caught in the clash and with many a supporter stepping in the numerous cow pats littering the field, surreal or what!

But, I’ll admit, my friends favourite memory of our many trips to the Abbey Stadium came when, having arrived early, we were stood on the terrace chatting and with the team going through their warm-up routine.

Turning to face the pitch I was hit smack in the face by a wayward shot from Steve White. To say it hurt is an understatement and I had an imprint of the ball on my face for several hours something that, for some reason, my friends’ thought was hilarious!

Luton – A Level Playing Field Or Not