Luton Boss So Proud Of The Whole Club 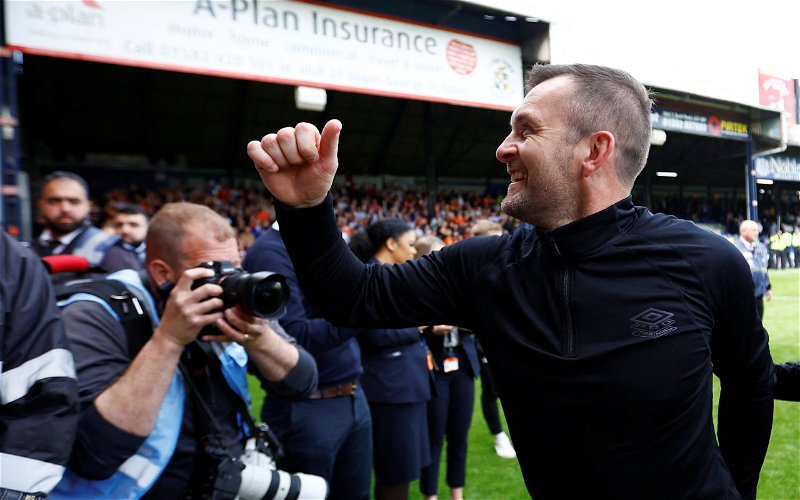 After scooping, deservedly in my opinion, the EFL Championship Manager of the Year, Nathan Jones had an obligation to fulfill.

I’m not how the EFL would have felt after awarding the accolade if Nathan had presided over an end-of-season finish that could have seen Luton Town fail to qualify for the play-offs.

Thankfully, a 1-0 win against Reading saw tumultuous scenes at Kenilworth Road as the support, the players, their wives, and children celebrated a wonderful achievement.

But, reflecting back on what was a wonderful 90 mins, my abiding memory of the day remains Nathan Jones, with a couple of minutes left on the clock, personally congratulating every one of his back-room staff after news filtered through that the task in hand had been achieved.

After the game, talking to The BBC, Nathan had the following to say:

“We were aware of the scores elsewhere so there weren’t too many nerves.

“I’m just glad we won the game and we got to 75 points, which was our goal at the start of the season.

“We’ve had a magnificent season, we were here two years ago to stay in the league and now we’ve got an opportunity to get out of the league.

And so are we, what we have achieved is remarkable and now our chances of becoming a Premier League side rest on the outcome of three more games.

Write us off at your peril!