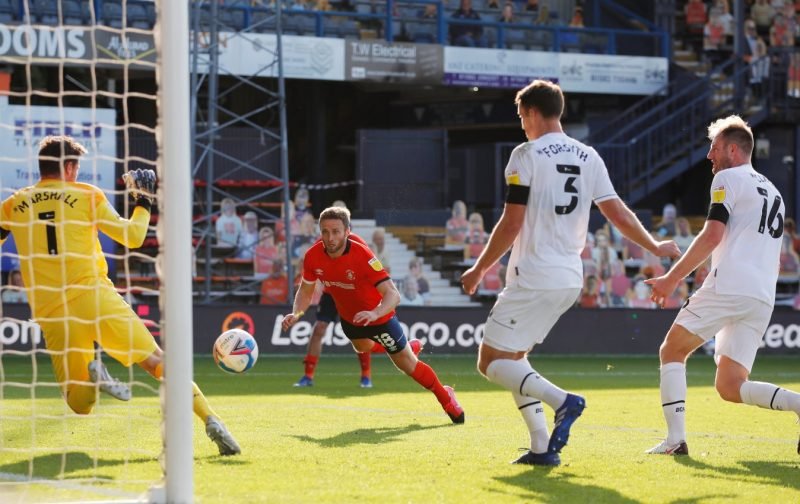 Two games into the new Championship season and things just could not be better for Luton Town.

Two victories, against Barnsley last week and Derby County this afternoon, have given the Hatters a maximum return of 6 points.

As a result, Luton and Reading are the only two teams who, at the time of writing, have that maximum of 6 points.

Luton occupy second place courtesy of the late header from Jordan Clark that came after the former Hatter, Jack Marriott, had equalised the Hatters opening strike scored by Luke Berry.

Afterwards, talking to Three Counties radio and as reported by The BBC it was a jubilant Nathan Jones that remarked:

“You couldn’t ask for a better start. I’m delighted. I thought we were excellent, we really caused them problems pressing at the right times.

“We weren’t aggressive enough straight after half-time and allowed their players to get on the ball and to play and dictate.

“We made changes and reacted so well and I’m really pleased with the winner. It was a great goal and it’s something we practise regularly.”

Next up for the Hatters, in the Championship, is a game that we have been waiting for, for many a year, Watford in the league, although there is a small matter of a titanic Carabao Cup 3rd round tie against some team called Manchester United, on Tuesday evening.

It Appears Luton Town Was One TV Pundits Boyhood Team