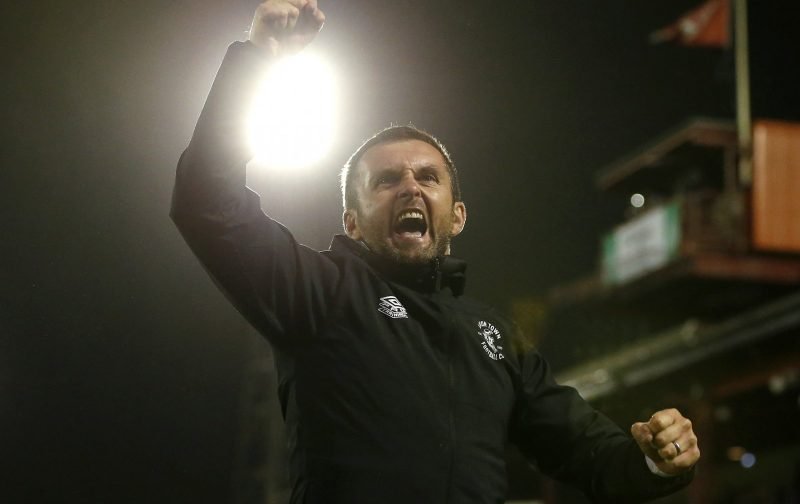 For the second consecutive game, both on the road, the Hatters have had to rely on a dramatic finish to take a share of the points.

However, it should be said that it was a game in which Luton should have taken all three points as they dominated much of the action.

After the game, and as reported by The BBC, Nathan Jones was a little bemused by the late equaliser and bemoaning the fact it should have been all three points with the gaffer remarking:

“It’s bittersweet really, because you couldn’t have gone in and hammered them because they’ve been excellent right up until finishing. We’ve been absolutely superb tonight.

“We give one silly free kick away and they punished us, because they can do that because they score 65% of their goals from set plays. We know that, we defended those all night.

“They’ve scored with their only chance really and then I’m just so pleased that we’ve shown character to come back and to score late.”

Indeed, we should have but, in this game, when you are struggling to pick up points that is how it goes.

Like I may have said previously, Luton will, on occasions, play far worse than this and pick up all three points.

What is essential now is that we dust ourselves down and prepare for the visit of Swansea City, this Saturday, a game that could be a tough one.