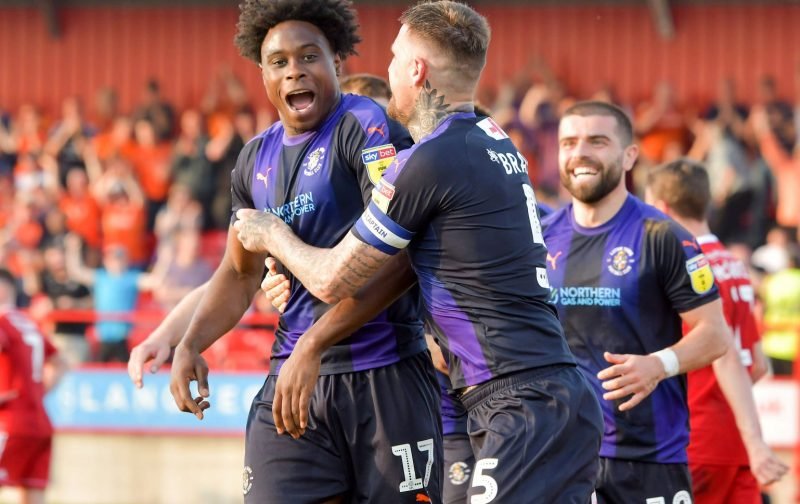 Yesterday, at the quaintly named WHAM Stadium, the Hatters took a giant step towards back-to-back promotions.

A 3-0 win restored their five-point lead at the top of the table and now means that Luton will be assured of Championship football if they can take a maximum of five points from the last three fixtures available.

That figure could drop if those teams chasing the Hatters, Sunderland, Barnsley and Portsmouth falter in the run-in.

The 1300 travelling Hatters supporters cheered their team on in weather that was more suited to a summers’ day rather than a mid-April afternoon.

Perhaps the heat was responsible for the display of mad-cap goalkeeping from the Accrington Stanley keeper, Dimitar Evtimov, who found himself shown the red-card after conceding not one but two penalties, James Collins sadly missed the first but showed composure to score the second to put the Hatters 1-0 up.

Leading by that solitary goal as the second half commenced, Luton controlled the game and dictated the pace against 10-man Accrington and the lead was doubled when Pelly Ruddock-Mpanzu spun and sent a shot into the net from inside the area.

The icing on the cake though came three minutes from time when Mpanzu, collected the ball on the corner of the area, took one step to his right and curled a wonderful shot into the top corner.

Accrington, to their credit, were competitive but perhaps the biggest hurdle the Hatters faced was the awful pitch, the worst I’ve seen for many a season.

On Tuesday evening, Luton welcome Wimbledon to Kenilworth Road for a League One fixture, could a win start the mother of all promotion parties?

That Was Far From A Good Friday For Luton Town