Luton – A Win But Inconsistency Shines Through 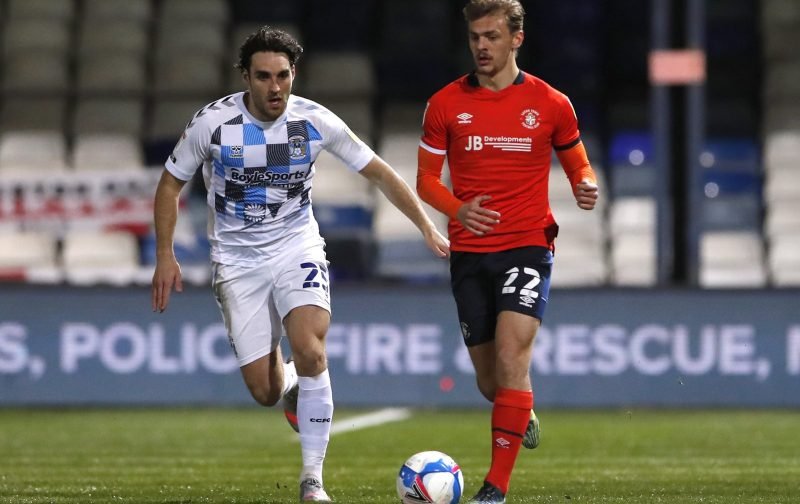 A comfortable win, on paper, against Coventry City should finally banish any lingering thoughts that the Hatters could be drawn back into a relegation battle.

But while the win might look comfortable, when you look at the score line, it was far from it.

After playing so well against Swansea City, on Saturday, and losing, in an article relating to that match I remarked that Luton will play worse and will win, well that is exactly what happened last night.

Coventry, despite being one of the worst sides we have faced this season, had a plethora of chances to not only get back in the game but to win it and with only ten men.

Although any doubts about the result could have been eliminated if the Hatters had not been so wasteful in front of goal.

But it would be churlish to continue down a negative path, instead we should concentrate on the positive aspects.

James Bree opened the scoring with the first goal, a rarity with Bree scoring his first goal in 163 games, no wonder he looked so pleased with himself and Elijah Adebayo showed coolness personified in the execution of his first penalty of his Luton Town career and chances are, finally, starting to be created.

But what did the gaffer, Nathan Jones, think of the game?

Talking to The BBC, Nathan had this to say:

“We got away with one when they hit the post. But performance level, on the whole we were excellent.

“Once they went down to 10 men, we were really dominant. For me, it was a red card. It was clearly a penalty. We’re just delighted it was given.

“Some of our play was wonderful. But we need to be more clinical, that’s something we need to get better at.”

Indeed, it is, otherwise we will have to continue to bite our nails knowing our inconsistency is always likely to cause us disappointment.

Luton – The Longest Day A Blast From The Past

4 Replies to “Luton – A Win But Inconsistency Shines Through”