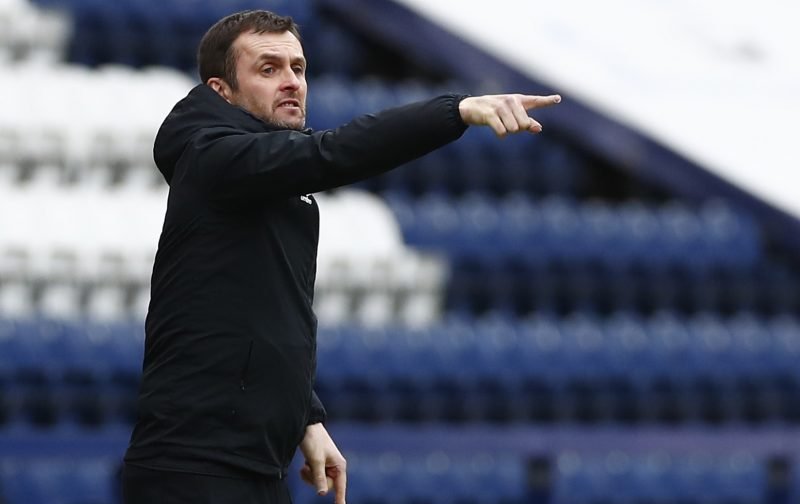 The recent departure of James Collins has left Luton Town FC with a huge void to fill.

The Republic of Ireland international has been our top score on a frequent basis and can be relied upon to get into double figures, when it comes to goals, in the Championship.

It is a void that Nathan Jones will be keen to fill, with our striking option currently a bit sparse.

Last January, Luton signed Elijah Adebayo and the young striker has the potential to become a huge star, but there is no doubting that he needs a foil, someone to share the workload while also scoring the goals Collins was capable of.

Among the many Luton related news articles, on the internet, is one from Football League World, which nominates NINE players who Luton could be looking up and the list includes THREE strikers.

The first name on the list is Matt Smith, or to give him his full name, Mattieu James Patrick Smith.

At 31-years-of-age, Matt has the experience that could be invaluable to our young side and could work in tandem with Adebayo.

Last season, Smith made 29 appearances for Millwall, scoring 3 goals and providing 2 assists, although we should point out he was not a regular starter.

But now a free agent, the Hatters would not have to cough up a transfer fee.

Could Matt Smith be on his way to Kenilworth Road?

The second name on the list is Chuks Aneke, or to give him his full name, Chukwuemeka Ademola Amachi Aneke.

Chuks, 27-years-of-age, is also a free agent after his contract with Charlton Athletic expired. Last season, in League One, Aneke scored 15 goals in 38 games and has been offered a new deal by Charlton. However, could the lure of Championship football entice him away from the Valley?

Aneke was more prolific than Smith, last season, but operated at a lower level.

Could Chuks Aneke be on his way to Kenilworth Road?

The third striker on the list is Jamie Paterson, or to give him his full name, James Charles Stuart Paterson.

Paterson, 29-years-of-age, like the other two already discussed, is also a free agent after his contract with Bristol City came to an end.

Although his goals per game ratio is not the greatest, could he thrive in a new environment?

Could Jamie Paterson be on his way to Kenilworth Road?

One fact that is prominent throughout this article is that all those discussed are available on free transfers, something that could suit the Hatters with their quest to boost the squad without laying out too much in the way of transfer fees.

Although this article is based on the suggestions made by, Football League World, I would certainly be interested to know your feelings on these three strikers and whether they would suit our current needs.

Please feel free to have your say in the comment facility beneath this article and in our poll feature.

Luton - Three Free Agents Which Gets Your Preference?

Luton – And Then There Were Three