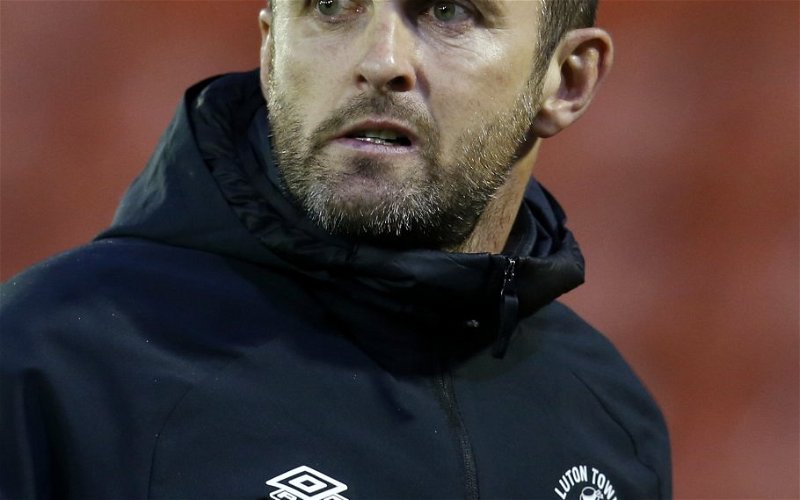 The two recent home games have seen the Hatters harvest just a single point from a possible six.

But after the humiliation of being beaten 5-0, at home by Birmingham City, the 0-0 draw against Sheffield United could be perceived as some kind of progress.

But, with our form being best described as faltering, after the bright opening day performance, Nathan Jones certainly has a lot to think about as we head towards the first international break of the 2021/2022 season.

Talking to the local media and as reported by The BBC, Nathan Jones had this to say:

“I felt we were the better team – they had more possession than us but it was all in front of us – and then we had the better chances.

“They’ve got some wonderful players and have been either a top two Championship side or a Premier League side for the last three seasons, so it shows that we are competing.”

Sorry Nathan but ‘have been’ sums it up perfectly, Sheffield United are a team on the slide, they have only taken 2 points so far this season and have managed to score just the 1 goal in the Championship. They were, quite honestly, there for the taking.

“We’re constantly punching above our weight and to respond in the manner we did after taking a few punches on the chin this week, I’m really proud of that group.”

It would not be a post-match interview if Nathan did not mention the ‘punching above our weight’ line, but he is, as we know, perfectly right and after the 5-0 drubbing of last week, the team did well to offer a response of some kind, especially in the pandemic driven circumstances all clubs are currently abiding by.

Blackburn awaits us next, a difficult ground to go to against a decent side.