Jones Scoops Award for the Third Time This Season 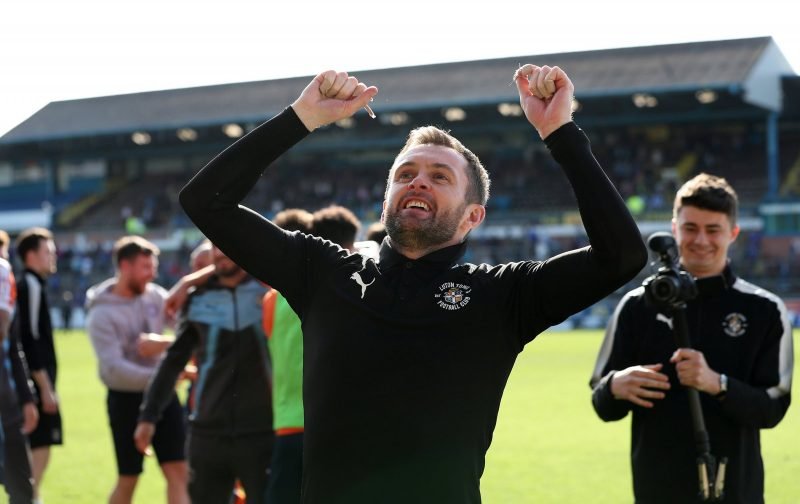 The Hatters season comes to a conclusion this weekend when they take on Notts County, at Meadow Lane, in their last fixture of the 2017 / 2018 season.

For the Hatters it has been a successful season with promotion assured to League One, thereby making the game, against Notts County, a pressure-free affair.

But, it’s probably fair to say, promotion wouldn’t have been achieved without Nathan Jones at the managerial helm.

Jones, in his first managerial role, has proven to be a very astute appointment and the Hatters will do well to hang on to his services over the coming years.

Today, it has been announced that courtesy of a resurgence in form that saw Luton gain automatic promotion, Jones has been named at the Sky Bet League Two manager of the month, an accolade he has now won three times this season following on from the awards he received in October and November.

Talking to the media about receiving the award, Nathan had this to say,

“I’m immensely proud of leading Luton Town back to League One, but I’m also proud of the work we do.

“It’s a cliché, but it’s a massive collective effort from day one when I came into the club, from the players who’ve been here, to the staff that were here and we’ve brought in.”

Fine words from the gaffer there, now let’s go and finish the season with a bang and a fine win away to Notts County.