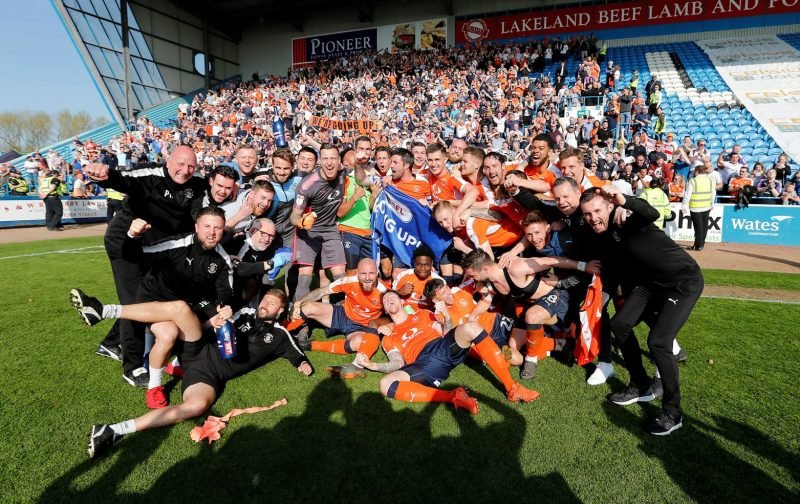 Next season Luton Town Football Club will be playing their football in League One.

After finishing second in League Two, a new dawn awaits the Hatters.

Between now and the big kick-off, in August, we’re expecting some subtle changes to be made to the squad.

Already we’ve covered the speculation click here suggesting that Olly Lee could well be heading to pastures new, in his case a contract with Hearts.

But what is certain, come rain or shine, the Hatters support will continue to travel the length and breadth of the country following their side.

Last season, the figures we stumbled upon, confirm that when it comes to the number of away fans that follow the Hatters, Luton were the best in the division.

It seems that an average of 1391 Hatters made the trek to away fixtures, beating the likes of Lincoln City, Coventry City and Mansfield, with the top-six reading as thus:

It’s a tremendous achievement and one we should, as a club, be proud of.

Onwards and upwards for the Hatters!