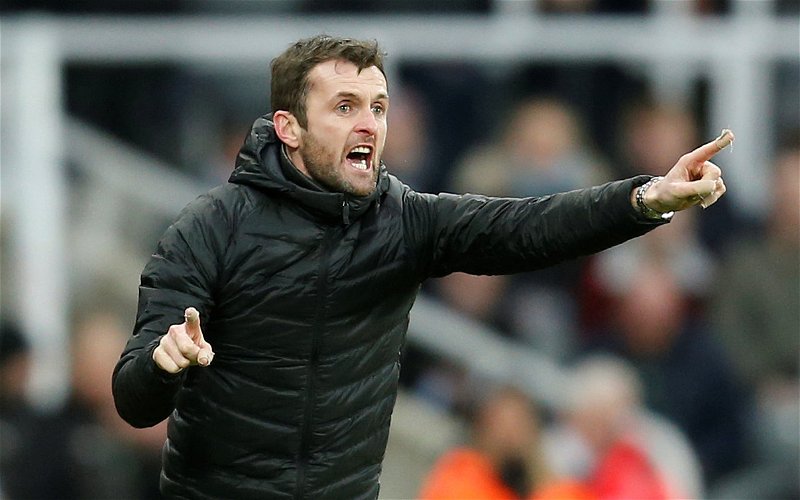 The 3-2 win, against Scunthorpe United on Saturday, was Nathan Jones 150th game in charge of Luton Town Football Club.

Jones has done a remarkable job since taking over from John Still, a job culminating in our promotion, last season, to League One.

But, being a successful manager has its problems.

Other clubs, looking to replace an axed boss, invariably cast an eye towards Kenilworth Road with a view to luring Jones away.

So far, all attempts to poach Jones have failed.

But, one day, an offer might come Jones way that is difficult to turn down.

One such offer could, if a legend who played for the club possibly seeking to appoint Jones has his way, be forthcoming.

Dennis Mortimer, who captained Aston Villa to a wonderful European Cup Final win against Bayern Munich, back in the 1980’s, believes Nathan Jones would be just the man to fill the vacancy left by the axing of Steve Bruce, at Villa Park.

In an interview with the Birmingham Mail, Mortimer is quoted as having remarked:

“People are pointing to what Dean Smith has done at Brentford, and he’s done very well, but there’s another guy on my radar who I know from being with him for over a year on coaching courses.

“It’s a lad called Nathan Jones. He’s at Luton. He was also with Chris Hughton at Brighton.

“Jones is good at pulling it all together, he does the analysis and he’s a good coach because he works with the players as individuals.”

Now, I’m not saying that Jones is a nailed-on appointment for Aston Villa,, tabloid talk continues to suggest that the Midlands club are looking at a dream duo of Thierry Henry and John Terry to take them forward, but it just goes to show how highly-rated our young boss is and it is only a matter of time before the chance to manage a big team lures him away.