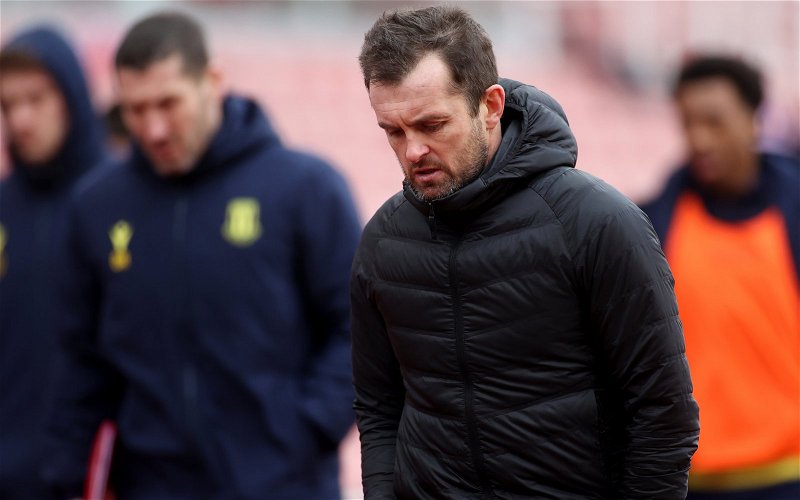 If the Luton support were looking for a pick-me-up, against Stoke City after the poor performance against Cardiff in midweek, they were in for a rude awakening yesterday.

Instead of raising their game and getting back to winning ways, the side capitulated against a very average side to produce, quite possibly, their worst performance of the 2020 / 2021 season.

For those involved, it was probably better that the game was played behind-closed-doors otherwise those wearing our hallowed shirt would have known exactly how the loyal travelling support felt.

With two defeats in a mater of days, that dreaded word, relegation, is once again starting to appear in peoples’ vocabulary.

I do not think things are quite that desperate yet, but it certainly cannot be ruled out.

Nathan Jones, talking to the local media and as reported by The BBC, did not hold back when commenting on what he had just witnessed, remarking:

“When you come back to your old club you really want your players to step up and battle, but we were miles off.

“That was the worst performance I’ve had as Luton manager and a coincidence it has come at my old club.

“Credit to Stoke, they were better than us all over, in every single department. We were inept and the leaders, the strong ones I would like to rely on, were nowhere near.”

To be honest Nathan, it was a shambles but what is most worrying was that if came against a side who I would classify at best, as being an average Championship side.

Unless something is done, a season that started out so well could end in disaster.