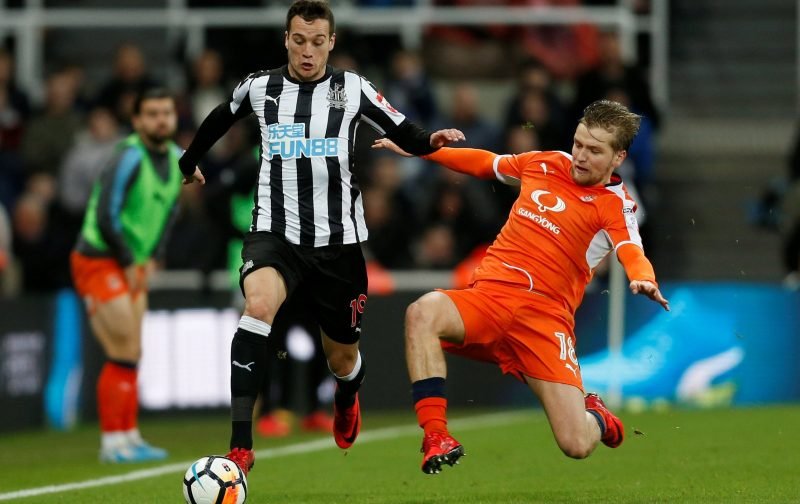 If pushed, I’d suggest that the best signing Luton Town Football Club made last summer was the capture of Luke Berry, from Cambridge United.

Berry arrived at Kenilworth Road with a reputation as a free-scoring midfielder, something which he demonstrated in his first season with the Hatters.

However, Luke’s season came to an abrupt end away to Colchester, in the first game of the Easter football schedule.

Berry, was carried away on a stretcher having suffered a dislocated ankle and a broken left fibula.

Whilst the rest of the Hatters promotion winning squad are on vacation, Berry has continued his rehabilitation and the official site, Luton Town FC, is reporting that this week, Berry has reached a huge milestone when it comes to recovering full fitness.

After what must have seemed an agonisingly long wait for the player, he was allowed to run his first steps on grass since that day back in March.

Talking about the situation, Berry is quoted on the official site as having remarked,

“It’s the first time I’ve been out there and it’s coming on really well…I don’t think I’m too far off!”

The new season is still some way off and we’re unsure whether Luke will be ready for the first game of the League One campaign we’re so eagerly anticipating, however, it is fair to say that once fully match-fit, Luke will be one of the first names on the Hatters team-sheet.

His ability in midfield, allied with his goal-scoring instincts, will serve the Hatters well as they seek to make an impact in the third-tier of English football.

It’s great to see Luke well on the road to recovery, fingers crossed it is all plain sailing from here on in.