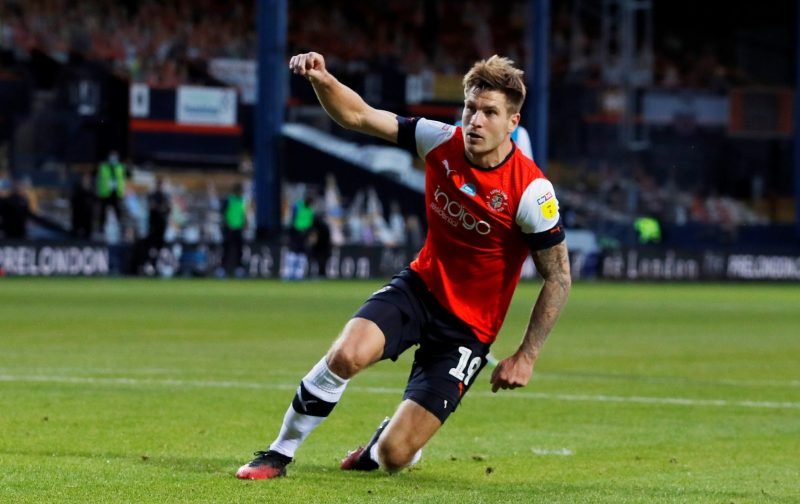 I’ve got a bit of a sore head this morning!

Although I’d imagine I’m not the only Luton supporter with those symptoms.

I’m just glad that I’m off shift today and can relax and recall what was, in all honesty, a monumental night.

Has there ever been a more tense game?

I certainly can’t remember one especially with so much at stake.

I can’t help thinking what the odds would have been on Luton Town Football Club retaining their Championship status courtesy of a 3-2 win in a 5-goal thriller but with the Hatters goals coming from 2 own goals and a penalty.

Astronomical I’d imagine, probably akin to the odds given for the Hatters staying up when Graeme Jones was still in charge.

The axing of Graeme Jones and the appointment of Nathan Jones has been vilified and I’m sure when supporters are allowed back in the grounds, Nathan will be given a reception like none given before.

But it wouldn’t have been Luton, would it if they didn’t have to survive a nervous last ten minutes!

From the moment Blackburn made it 3-2, every second seemed like an hour, it was as if the final whistle was never going to come.

But it did and the emotions came flooding through with sheer relief that Luton Town had achieved something akin to the Great Escape.

However, last night was probably not just about retaining our Championship status, I’m of the belief it was far more significant than that.

Luton’s future depends on Power Court being built, if the club had of made a quick return to League One, I believe that project may well have been shelved, perhaps for a few years, perhaps for a decade, perhaps for ever.

Never has one win meant so much and I doubt whether it has ever been so welcomed by the Hatters support.

Thanks Nathan, you are a genius, you achieved the improbable, you gave us hope when it had been washed away in a sea of despair, you’ve given us our future back, once again, thanks.