Hatters Win And Move One Step Nearer to Making History 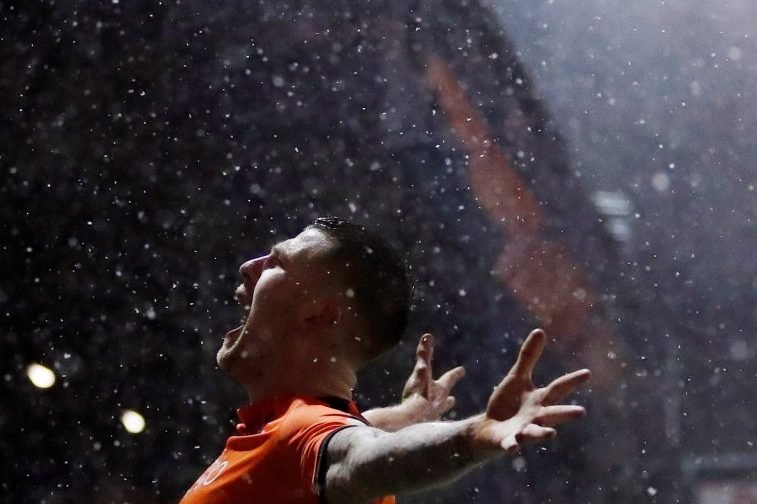 The good times continue to roll at Kenilworth Road.

An emphatic 3-0 win over Wycombe Wanderers, saw the Hatters add another three points to their total whilst also maintaining the six-point gap between themselves, at the top, and Barnsley in second place.

Furthermore, with both Portsmouth and Sunderland dropping points, the situation, when it comes to clinching an automatic promotion place, is starting to look very healthy.

Also, the win against Wycombe Wanderers, in front of a crowd of 10,072, saw the Hatters equal their best ever run of unbeaten league games, matching the figure of 19 set back in 1969.

Wycombe put up a determined display but were to fall behind, in the 33rd minute, when James Collins opened the scoring, making it 19 for the season.

The Hatters needed that crucial second goal to kill off Wycombe but they had to wait until the 85th minute when George Moncur scored his second goal for the Hatters since arriving from Barnsley in the transfer window.

Moncur, on as a substitute, ensured it became a day to remember for himself and the Hatters support, by adding a third, his second of the game, in the 87th minute.

Next weekend, the Hatters make the long trip to the north-west coast to take on Fleetwood Town, knowing that if they can avoid defeat, they will make history.