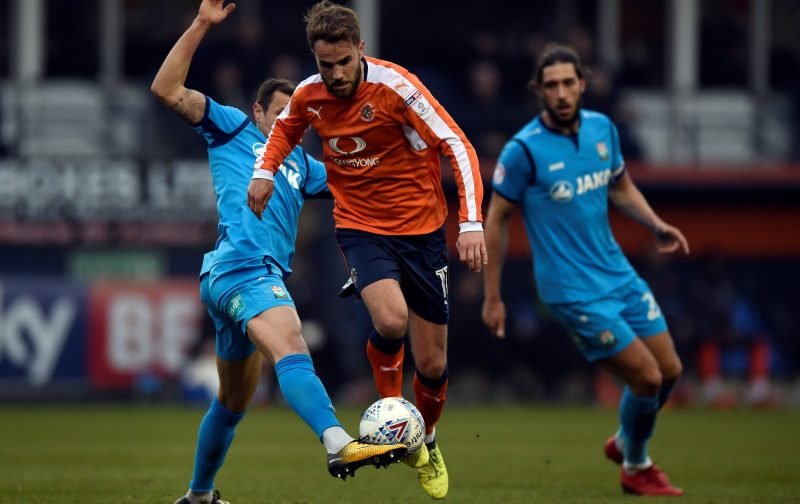 Last season, as the Hatters mounted a successful promotion campaign, Andrew Shinnie was an important part of the squad.

The midfielder made 34 appearances for the Hatters and his contribution was immense.

Unfortunately, the 28-year-old was only on loan at Kenilworth Road from his parent club Birmingham City.

At the end of the season, Shinnie had to return to the Championship club.

However, the world moves in mysterious ways and after returning to Birmingham City, the midfielder, a Scottish international, was released by Birmingham after his contract expired.

Nathan Jones, aware of the situation, subsequently wasted no time in acquiring the services of Shinnie on a permanent basis with the Scot putting pen-to-paper on a two-year deal.

Talking to the official club website, and as reported by the BBC, Shinnie is delighted to become a Hatter on a permanent basis, remarking,

“I’m delighted to get it done.

“It had been spoken about when I first came, looking towards next season as well, and I thoroughly enjoyed last year.

“We achieved what we set out to achieve, personally and as a team, so it was good to get things done.”

After the Hatters had achieved promotion, on that wonderful afternoon at Carlisle, Nathan Jones spoke about Luton having a squad to make an instant impact in League One, the signing of Andrew Shinnie goes a long way to ensure that is exactly the case.