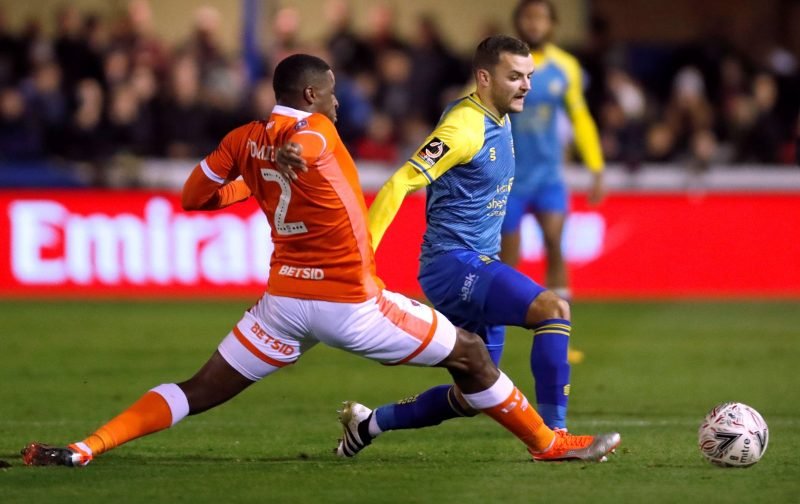 The transfer window, as far as transfer deals, may well have closed several weeks ago, but the quark, strangeness and charm of the system ensured that some deals, loan deals, could still take place in League One and League Two right up until yesterday.

With that being the case, The BBC, are reporting that the Hatters have added a defender to the squad but on the same day loaned him out to another club.

Seemingly, the Hatters opted to sign the former Blackpool defender, Donervon Daniels, with the 25-year-old, who had been training with the club for several weeks, being immediately loaned out to Doncaster Rovers until January.

Talking about the deal and as reported by our quoted source, the Hatters boss, Graeme Jones, has enthused about the deal, remarking:

“He’s lightning quick, good on the ball and there’s not many players like that available on a free transfer.

“We’re now looking for him to get minutes on loan at Doncaster in order for him to get fitter, get sharper and quicker, to see where he is in January.”

Here at Vital Luton Town, we’re somewhat perplexed by how the transfer system continues to operate but, none the less, we’re happy to welcome Donervon Daniels to Kenilworth Road.