Hatters Make History With Yet Another Win 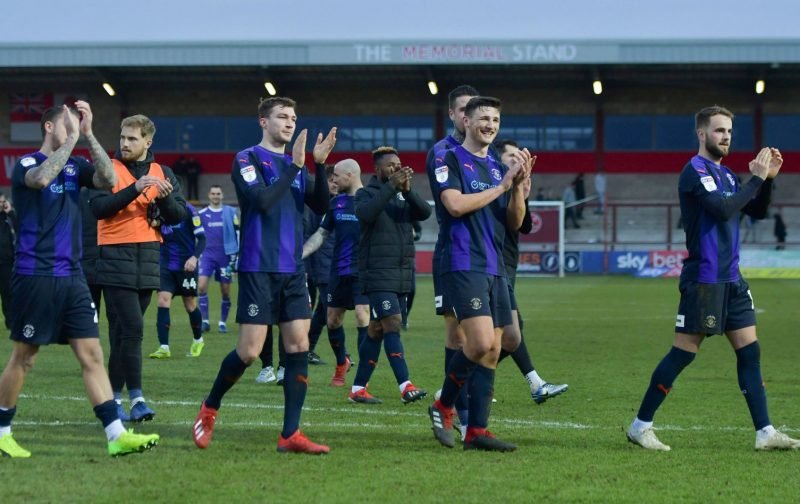 It’s a good feeling tonight, to be a Luton Town supporter.

Up on the north-west coast, some 1048 Hatters fans made the long trek north to see if their side could make history and go 20 games unbeaten, in the league, thereby eclipsing the previous record of 19, set back in 1969.

Okay, there may have been a few nervous moments, but goals from Moncur and Ruddock put the Hatters firmly in control.

Our hosts, Fleetwood Town, finished strongly but the sands of time just ran out and it was the Luton players that celebrated the victory, the sixth on the bounce, in the league, since you know who left.

Naturally, the social media sites are buzzing tonight, with the Hatters support wanting to offer their congratulations, as the posts below illustrate:

But with one record claimed and a place in the history books achieved, the Hatters need to kick on and make sure that back-to-back promotions are achieved and along the way, about setting another record:

Now lets beat the 27 from the 13/14 conference winning season!

But whilst there’s a mood of jubilation in the Hatters camp, spare a thought for the man who left to seek his own Holy Grail, one made of Staffordshire pottery:

Meanwhile, at the foot of the Championship….! #COYH pic.twitter.com/3yk3bj3CaO