Hatters Ease To Victory But In Front Of A Sparse Crowd 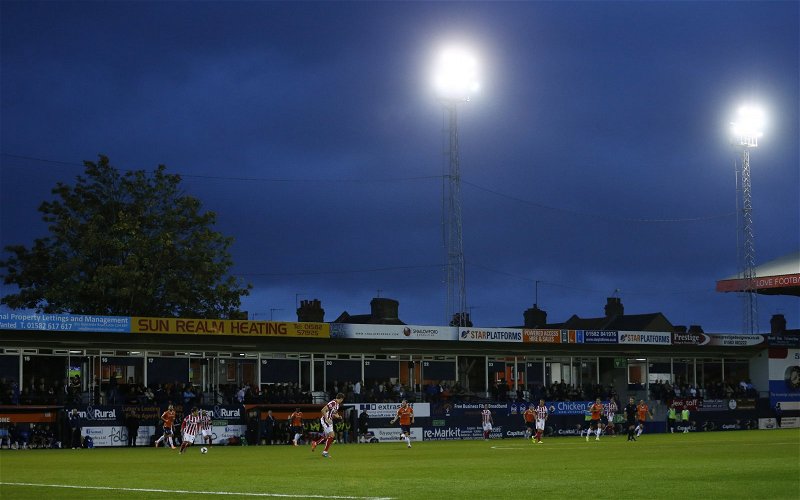 Down at Kenilworth Road, on Tuesday evening, the Hatters faced with a Checkatrade Trophy Group fixture, made light work of MK Dons.

In beating the MK Dons 3-0, courtesy of goals from Alan Sheehan, Kazenga LuaLua and Jorge Grant, the Hatters ensured they qualified, as group winners, for the next stages of a competition whose final they once graced.

Ahead of the game there was the suggestion that Nathan Jones might give Danny Hylton a run-out in this game, with the striker now recovered from the injury that has kept him on the sidelines.

But, it wasn’t to be, perhaps Hylton will return to the fold when the Hatters travel to Barnsley this weekend for a League One fixture that is being covered live by Sky Sports.

However, Jones did opt to give LuaLua his first start for the Hatters and the boss was rewarded for his endeavour with the Hatters latest signing scoring his first goal in our shirt.

After the game, and as reported by Luton Today, Nathan Jones, in his 151st game in charge of the Hatters, had nothing but praise for his side, remarking:

“I’m delighted, apart from a nine-minute period after half-time, I thought we were totally dominant, in everything we did.

“I thought we were excellent, we got the first goal, and then Kaz who was just magnificent all night got the second and then second half we should have won by five or six.”

Indeed, we should, the only downside is that only 875 turned up to see the game, with a quarter of those in the away end.

But, returning to the Barnsley fixture this weekend, it’ll certainly be interesting to see if LuaLua makes the starting eleven after his performance last night, I reckon he’s in with a decent chance of doing just that, how about you?