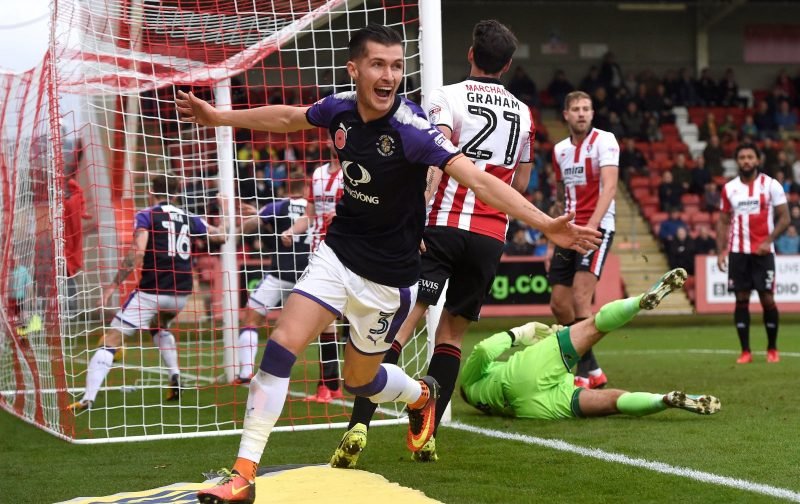 The sale of Ollie Lee, to Hearts, was a shock but perhaps inevitable seeing as the players contract was expiring.

However, here at Vital Luton we’re hopeful that Luton Town don’t lose any more of the key components of the squad that achieved promotion last season.

But, there is a worrying piece of speculation doing the rounds that infers that a Championship side are keen to acquire the services of one of Luton’s starting regular starting eleven.

According to the news source, the 72, Nottingham Forest are interested in signing Dan Potts.

Potts, 24-years-of-age, had an impressive season with the Hatters as they achieved promotion and the player has come on leaps and bounds since joining Luton from West Ham United, back in 2015.

At the moment we have no indication of the magnitude of any bid Nottingham Forest may have submitted or whether Dan is tempted by a move to an ambitious Championship club.

All we can do is sit back and wait and see what unveils.

Hopefully, Dan will remain a Hatter as he’d be a difficult player to replace.