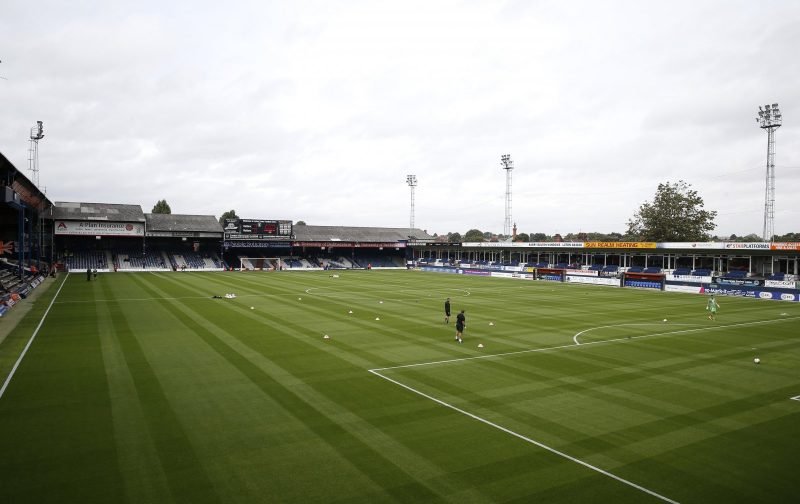 All is quiet on the transfer front, at Kenilworth Road, at the moment.

Now, I admit I’m getting long in the tooth and that my mind isn’t quite what it should be, but there are certain things that stick in the memory bank never to be dislodged.

The first in this occasional series takes me back to my early days, a time when my late father used to take me to the football.

The whole experience was something I looked forward, waiting for the double-decker bus to turn up, sitting on the top-deck as it sped down the road, coming out of FW Woolworth’s with a bag of sweets to consume and then squeezing in through the Bobbers Stand turnstiles.

This particular day, my father had treated me to a Hatters rosette which had been pinned to my jacket, it was something that I was proud of, displaying the black and white colours of my beloved Luton Town.

Entering the ground, my father eased me down to my usual position, right at the front where, because of my height, I could just about peer over the top of the railings.

I can recall the smells as if they were yesterday, cigarette smoke wafting through the air, the embrocation the players wore and the noise coming from the stands.

The excitement was the order of the day and my father used to recall, when I was a lot older, how he could see me, from his standing position at the back of the Bobbers Stand, bobbing up and down.

Well, on this particular occasion, I must have jumped a little too much because when I looked down at my jacket, my beloved rosette had disappeared. Looking around I couldn’t see it on the floor beneath me and I struggled to comprehend where it might have gone.

Worrying what to tell my father, I looked up at the pitch and there it was, some three feet in from the touchline, lying on the sodden turf.

My eyes darted furtively between the action and my rosette until both were one. Bruce Rioch, making a move down the wing put his boot plum on top of it with the result it became stuck in his studs.

Bending down to pull the rosette off the bottom of his boot, I screamed as loud as I could, Bruce heard me and headed over to return my rosette.

Smiling broadly, I took the rosette from Bruce’s hand and pinned it back onto my jacket. By now it was a little worse for wear and had four stud holes through it, but I didn’t care, they were Bruce’s studs, my hero.

As for my father, when the game had finished, he ruffled my hair, smiled broadly and laughed out loud at my brief involvement in the action.

It was a memorable day.